When Silk Turns to Sackcloth by Marlene Houk is all about character. 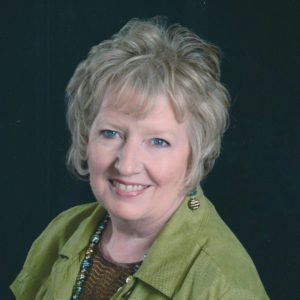 When Silk Turns to Sackcloth

Imagine the caress of precious silk as you move through the richest rooms in the palace. Treasured and privileged, you will consult with the most sought-after designer to have a new robe spun from the Mulberry silkworms, the finest silk in the world. Some 6,000 silkworm cocoons later, a golden sheen of fabric catches the sunlight as you parade before the king, vying for his attention.

These rights and privileges of an opulent lifestyle belonged to Rizpah, an obscure woman in the Bible but the specially chosen concubine (acquired for her beauty and intelligence rather than political alliance) of the first king of Israel, King Saul. We catch a glimpse of her in 2 Samuel 3:1, and she glides fully into view in 2 Samuel chapter 21. Her looks and charm maintained a relationship with the king strong enough to produce two sons, Armoni and Mephibosheth.

Rizpah’s story plunges from the heights of silken luxury into the grief of losing children to a violent death due to her husband’s actions. King Saul, the father of her two sons, had killed some of the Gibeonites. In doing so, he had broken a sacred oath that his people, the Israelites, had made with them some 400 years earlier 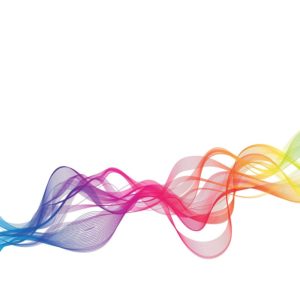 (Joshua 9). When a famine dragged on for three years in the reign of King Saul’s successor, King David, he asked the LORD why, and in 2 Samuel 21:1, God said it was because King Saul had killed the Gibeonites. King David allowed the Gibeonites to set the punishment, and they chose to have seven of King Saul’s sons hanged. Two of them included Rizpah’s sons. What shock must have ripped through her as she learned that her two sons would be executed. But she did something that has resounded through millennia and that speaks to us today. She honored her sons in death by guarding their bodies from the vultures that would have picked their bodies clean. What a gruesome and morbid sight must have met her as she opened her eyes each morning. She had been cast down from her lofty position as the powerful concubine of King Saul. Now, her skin was dried and roughened from daily exposure to the elements. Her voice was raspy from driving the carrion away. And her once-legendary beauty had faded under the sun’s relentless heat and the drought that plagued Israel.

However, her determination to send a message to anyone who lifted their eyes to the hill on which her son’s bodies hung rang loud and clear. The beauty of her sacrifice transcended her physical deterioration, and the fierce shining light of her devotion has illuminated her message to us today, 3,000 years later.

2 Samuel 21:10 says, “And Rizpah the daughter of Aiah took sackcloth, and spread it for her upon the rock, from the beginning of harvest until water dropped upon them out of heaven, and suffered neither the birds of the air to rest on them by day, nor the beasts of the field by night.”

Samuel describes her movements. As she prepared for the hideous job of driving away the beasts and birds, she spread sackcloth on a rock. This fabric, unlike the value and beauty of her usual silks, felt rough. The ugly dull surface suited the purpose of wearing it as a symbol of grief and repentance. This was her life now, exposed to the elements of being ignored by the nation of Israel and descending into the depths of humiliation and shame. Even the dignity of burying her sons was denied. The people who once envied her and tried to copy her beauty and style turned their heads, denying her existence and ignoring her tragedy.

But where she placed that sackcloth became a turning point of grace and mercy. She carefully spread the sackcloth upon the rock, recognizing her grief and longing for restoration. The word, the, indicates that the rock was singularly qualified in her eyes to support her need. In the Bible, the word picture of a rock is often used to remind us of God’s qualities.

Deuteronomy 32:4 uses the visual of a rock as it declares God’s unyielding truth and granite surety of righteousness, “He is the Rock, his work is perfect: for all his ways are judgment: a God of truth and without iniquity, just and right is he.”

2 Samuel 22:2 again uses a rock to visualize the protection and delivering qualities of God. It says, “And he said, The Lord is my rock, and my fortress, and my deliverer;”

In Psalm 40:2, God’s Word assures us that God not only delivers but gives confidence compared to the solidity of a rock and a plan for our lives as solid as a rock. It says, “He brought me up also out of a horrible pit, out of the miry clay, and set my feet upon a rock, and established my goings.”

God intentionally used the idea of the rock, a familiar sight to us, to send a message of one word. He underscores the life-changing focus that we can experience when we rest our sackcloth, the fabric of our hurt, upon our Rock of Ages.

When your silk turns to sackcloth and your life plunges into despair, spread the sackcloth of your sadness on the Rock that can deliver you, give you a sure-footed focus in life, and hope in the future! 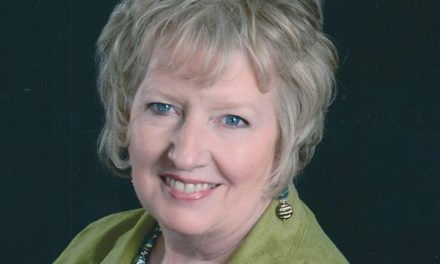 The C-Clamps of Life by Marlene Houk! Faith and C-Clamp??

Freedom to Hope By Marlene Houk—What is Freedom Life Ministries? 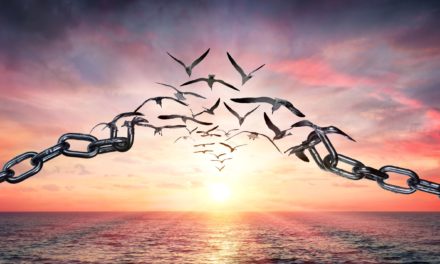