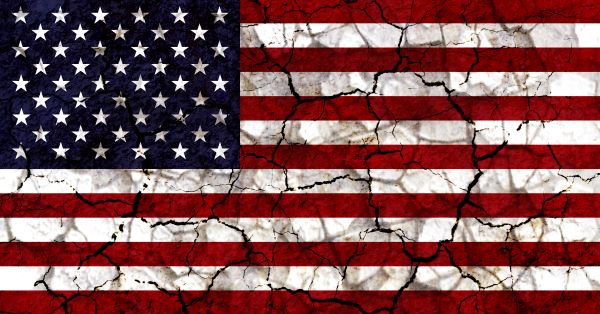 The United States of America is in a dangerous position. It’s a position that we as a nation have put ourselves and we have no one else to blame. The sad part is that most Americans seem to be oblivious to the circumstances we are in and the consequences that will soon come. Even in the face of truth, as a nation, we have shaken our fist in the face of God and declared that we no longer need Him and that we know best. We are a broken nation. There are some reasons why I believe our nation is in such dire straits.

First, we have forgotten the foundation on which this great nation was built. There is no room in this article to cover this vast topic. However, if one honestly searches out the history of our founding, there is overwhelming evidence of what our founding fathers had in mind for our nation. Not all of them were necessarily Christian, but they all recognized the need for this country to strive to be a nation under God. Many of the principles on which this nation was built were based on God and His word. Many people in the last couple of generations have diligently fought to remove and disregard the facts of our nation’s founding. They have intentionally worked to stop the present generation from understanding that what made our nation so great was the fact that it had such a solid Biblical and Godly foundation. Right now, one can visit our nation’s capital and see scripture written on most of the monuments that were built to commemorate the history of our nation. Even in light of the facts of history and historical evidence, millions of Americans still declare that our founding fathers wanted our nation to be a godless nation. In my personal opinion, I call that willful ignorance. They chose to ignore the truth and chose to make up a history for themselves that does not exist.

Second, we as a nation have no moral compass. There seem to be no moral boundaries which can guide our nation as a whole. This began when we as a nation forgot our foundation. When we forsake God and His word then anything goes. When every man wants to do what is right in his own eyes, it leads to moral chaos. Even in the laws of man, some guidelines and laws are there to benefit and protect the general public. A simple example of this is traffic laws. If there were no speed limits, stop signs, traffic lights, etc., imagine the chaos that would result in major traffic areas. These are put in place to help protect the citizens that travel these roads, not to restrict freedom but to protect. The same can be applied to God’s word for us. God has given certain guidelines for us to follow. Marriage, family, honesty, relationships, business, money, government, etc., the Bible gives us teachings on such things, not to restrict the freedom of mankind, but to protect us from suffering the consequences of ignoring these truths and following our own ways. Yet as a nation, so many Americans argue that anything goes. Even when we suffer the consequences of such belief, people will still argue for no moral boundaries to guide us.

Next on my list is this: we elect ungodly leaders. Those who ignore our nation’s foundation and refuse to believe in any kind of moral compass will obviously choose to elect people who will support such ideas. The Bible specifically states that the government was instituted by Almighty God to promote the good of society. Paul writes in Romans 13 about the government being ordained by God and that “rulers are not a terror to good works, but to the evil.” The idea is that the government’s responsibility is to promote that which is good for the benefit and welfare of the people it governs. Verse 4 states this about leaders in government positions: “for he is the minister of God to thee for good.” The God-ordained institution of government was put in place to promote and protect that which is good and rebuke and punish that which is evil (Verse 4…”a revenger to execute wrath upon him that doeth evil”)

Christians Must Participate in our Government

The belief that Christians are to have no influence or any dealing in government affairs is a man-made lie. Why would God institute the government to promote good and then expect His people to have nothing to do with it? If good people do not participate, then how will good be promoted? The answer is: it won’t! Ungodly leaders will promote ungodly practices and laws. The Bible states in Proverbs 29:2 “When the righteous are in authority, the people rejoice: but when the wicked beareth rule, the people mourn.” We, Christians, have the “good” Christian News of Jesus Christ to share. We as a nation will not elect righteous leaders because our nation wants a government that will promote unrighteous living. Most people want leaders who will disregard our nation’s Godly heritage and protect the ungodly practices in which they desire to live. We do not elect leaders based upon righteous merit or Godliness. Our nation desires someone who will promise wealth, prosperity, and a right to live any way one chooses, even if it goes against what the Bible teaches. Our government has many ungodly people in positions who care nothing about following what is right. The ones who would stand for what is right are ridiculed into silence and when good men and women do nothing, wickedness will always prevail. It should be an understood truth that for a government to promote that which is good there must be good people in that government. Otherwise, wickedness and ungodly chaos will prevail not only in our nation but in any nation.

Please pray for our nation. Not only pray for our nation but pray for ourselves as citizens of this nation. Our choice of leaders cannot be based upon corruption, deceit, the promise of money, a great economy, etc. Our choice should be based on what is right in the eyes of God. If you don’t care what God thinks, then just ignore our nation’s history, ignore what the Bible teaches, and elect leaders based on man’s desires and judgments. Then as a nation, we will get exactly what we asked and worked for, a nation without God. And when we suffer the consequences, as we already are, we will have no one to blame but ourselves. God have mercy on this broken nation!

Proverbs 14:34 “Righteousness exalteth a nation: but sin is a reproach to any people.”

You can read more from Pastor Rathbone HERE.

31 Days of Repentance – Day 10: Forgive Me For Being Prideful | Monica Kritz 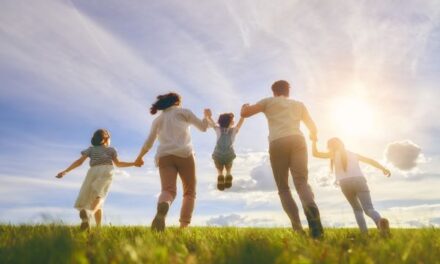