Watching Clint on the farm was always very interesting and many times comical with his enthusiastic approach to life and the things around him.  This story actually happened pretty much as he tells it and of the months that he spent on the farm with us this was the most frightening of all the events that took place, and there were lots of events.  This one had the potential to be the most life threatening of any.  Neither man nor beast stands a chance against a backhoe bucket that is swinging!

One morning I set out to gather a few heads of slightly rotting cabbage for my friend Boris the Hog. Picking my way through the cabbage patch, searching for the ones not fit for human consumption, was relaxing for me. The cool mountain air, punctuated with the FOUL odor of cabbage, invigorated my body and spirit for the challenging day ahead. And I loved delivering the vegetables to my piggy friends as they squealed and grunted in delight upon my arrival. This was the ONE CHORE I knew how to do and rarely screwed upJ. Having fulfilled my role as “Caterer to the Pigs” I returned to the farmhouse to learn my fate for the balance of the day.

When I first perused the parts, pieces and tools in this shed, I surmised that it must be a scrap-metal/junk yard…somewhat akin to Fred and Lamont Sanford’s place. Auto engines, pointy sharp shards of metal, large chains, oil cans, gas cans, a huge compressor, big tall tanks of heaven knows what, carburetor de-gunk junk, a little filing/sharpening wheel, fan belts of every make and length…you name a gizmo or piece of junk and you’ll find it there.  Every now and then an old American Motors Rambler would show up, Doug would disassemble and rebuild it only to replace it with another.

Many times Doug would draft his brother, Farmer Larry, to jury-rig broken stuff. They like to walk in circles around the fractured hicky-doos, scratch their chins, and talk gobbledy gook about what is broken and how to correct the malfunction. They call it “Harrell Hill Engineering”, I call it gibberish. You may recall when they hovered around a broken down old jeep, then suddenly they lifted the hood and inserted a piece of mulch to make it run. And purr it did…that’s nuts, I don’t care who you are! Nevertheless, I now walk around with a scrap or two of mulch in my pocket for emergenciesJ.

Doug was preparing to perform some herculean task, like moving a mountain, with his GIANT backhoe. But first we needed to grease all the ball joints – AND I HELPED – and then there was a broken something-or-other that needed welding. Now I loved watching Doug weld things. Secretly I always hoped he would teach me that skill…but so far to no avail. I guess he figures my spiritual gifts do not include handling a torch? Whatever his reasons for making me sit on the sideline I still enjoy watching the sparks fly and hot metal drool. And it would be ever so cool to wear that welder’s mask, but alas it won’t happen L.

As my buddy fired up that welding torch I wondered to myself, “Hmmm, that weld is mighty close to the fuel tank…’flame-thrower meet diesel fuel’ …not a great combo.”  I mentioned the concern to Farmer Doug who peered over his safety glasses and gave me that smile that says, “Pollard, it’s best if you don’t say anything at the moment.” So I stood aside and watched in awe.

We finished the welding job – Yes I said “we” even though I was but a casual observer – and it was time to loosen up the joints on the backhoe.

Doug was focused on his weld and making sure everything was mechanically sound as I moved in for a closer look. Unaware of my proximity to the bucket, he manipulated the lever to one side when…BAM…that 4,000,001 lb bucket literally leapt to the side to catch Farmer Clint in the middle of my chest.

Having recovered from the initial shock of being a human cannon ball, I quickly wriggled and wiggled all my parts and decided God had protected me from injury. And seeing the terror on the face of my friend, I remarked…”Is that all you’ve got?”

I thought perhaps a little comic relief was in order as I replied, “You hit me but I SCARED YOU? Well, let me tell ya something, pal – Farmer Clint took your best shot and I’m still standing…strong like bull!” 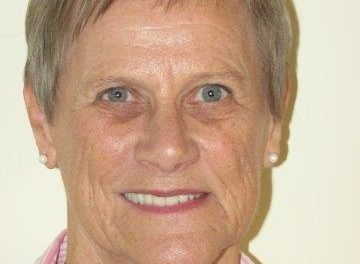 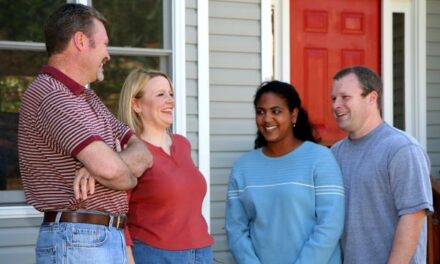 A Healthy Church Reaches Out