God calls His Son, “Israel”. Hosea 11:1; “When “Israel” was a child, then I Loved him, and called my son out of Egypt.” An angel of the Lord appeared to Joseph in a dream giving him a message to take the young child Jesus and flee to Egypt. This was to escape the order by Herod to kill all the children two years old and younger. Mathew 2:14, 15; “when he [Joseph] arose, he took the young child and his mother by night into Egypt: and was there until the death of Herod: that it might be fulfilled which was spoken of the Lord by the prophet, saying, Out of Egypt have I called my son.”

National Israel came out of Egypt as did Christ Jesus. Isaiah 49:1-3, “listen, O isles, unto me; and harken, ye people, from far; The LORD hath called me from the womb; from the bowels of my mother hath he made mention of my name. And he hath made my mouth like a sharp sword *,in the shadow of his hand he hid me, and made me a polished shaft; in his quiver hath he hid me; and said unto me, Thou art my servant, O Israel, in whom I will be glorified.”

Christ Jesus is He that spiritually has a sharp two-edged sword* out of His mouth referenced in Revelation 1:16 & 19:15. The sword is the Word of God, the Gospel.

The righteousness of faith is given to those in every nation who believe salvation can only be given and “justified by the faith of Christ”, Galatians KJV 2:16.

Romans 4:23-25, “now it was not written for his [Abraham] sake alone, that it was imputed to him; But for us also, to whom it shall be imputed, if we believe on him [God the Father] that raised up Jesus our Lord from the dead; who was delivered for our offenses, and was raised again for our justification.”

The promise of Abraham was guaranteed by God the Father to the Lord Jesus becoming the Savior of the Gentiles, Greeks, and Jews; a remnant or part of the people from every nation of the world. Romans 11:5, “Even so then at this present time is a remnant according to the election of grace.”

Jesus was a Jew, true believers are Jews and the House of Israel includes all those saved Jews, Greeks, and Gentiles. All saved and washed by the blood of Christ Jesus from every nation worldwide. What exactly is a Jew? Romans 2:28 & 29, “for he is not a Jew, which is one outwardly; neither is that circumcision, which is outward in the flesh: But he is a Jew, which is one inwardly; and circumcision is that of the heart, in the spirit, and not in the letter; whose praise is not of men, but of God.”

All those in the whole house of Israel are in the house of Christ which is a spiritual house. The elect of God are referred to as spiritual stones; Jesus is the chief cornerstone.

1 Peter 2:5 & 6, “ye also, as lively [alive] stones, are built up a spiritual house, a holy priesthood, to offer up spiritual sacrifices [a work of prayer, a gift], acceptable to God by Jesus Christ. Wherefore also it is contained in the scriptures, Behold, I lay in Sion a chief corner stone, elect, precious: and he that believeth on him shall not be confounded.”

When his disciples were showing him the buildings of the temple in the city of Jerusalem; “Jesus said unto them, See ye not all these things? Verly I say unto you, there shall not be left here one stone upon another that shall not be thrown down,” Mathew 24:2.The City of God that is existing in heaven, founded by Christ is the perfect kingdom of Jerusalem above. “The Jerusalem which is above is free, which is the mother of us all,” Galatians 4:26.

Romans 1:16, “For I am not ashamed of the gospel of Christ: for it is the power of God unto salvation to everyone that believeth; to the Jew first, and also to the Greek.” Romans 3:29, “Is he the God of the Jews only? Is he not also of the Gentiles? Yes, of the Gentiles also.”

One thousand-year premillennial reign of Christ Jesus on this immoral sin-cursed planet earth is impossible. This faulty doctrine of misunderstanding Revelations 20 as it relates to one thousand years is a metaphor, not a factual period. One thousand years is spiritually defined as the completion of time to whatever is in view.

A future “Bible Brief” study will show that the 1000-year reign of Christ returning to the political nation of National Israel on earth is a faulty premillennial doctrine. That study will include the following verses below for the “lost sheep of the house of Israel”, helping to “feed my sheep” and to consider these verses in the meantime.

This “Bible Brief” has only “briefly” addressed the very basic principles of scripture which pertains to Abraham’s seed, the father of many nations. His seed of the land, [earth] for an everlasting eternal possession will be accomplished only by Jesus Christ; his coming on the final Day of Judgment is when He creates a new heaven and earth. Political nations worldwide, including the political nation of National Israel, decedents of Abraham’s seed of Ishmael, progenitor of the Arab nations, and Esau’s bloodline require a broader range of study. Romans 9:13, “as it is written, Jacob I loved, but Esau have I hated.” 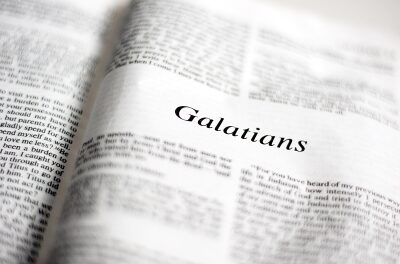 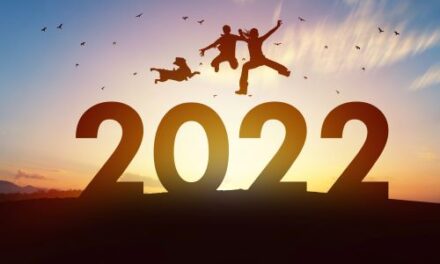 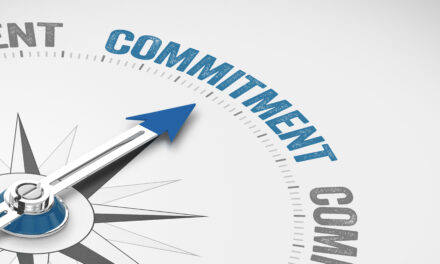 What Happened To Commitment? | Dennis Love