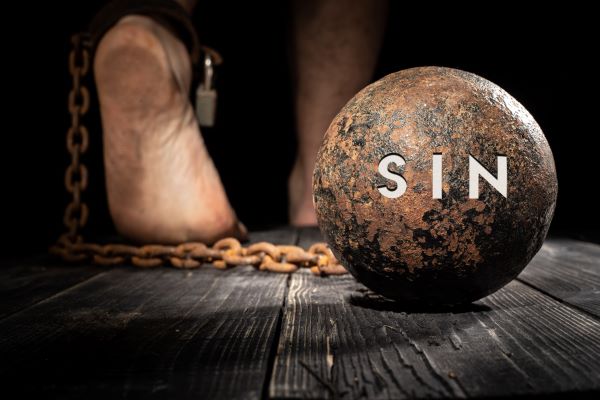 Lifted Up from Failure 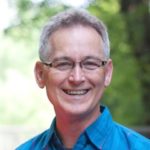 “For all have sinned and fallen short of the glory of God…” So wrote the Apostle Paul in Romans 3:23, making clear that all of humanity has a sin problem. The Word of God declares that the only solution to our sin problem is “the righteousness of God through faith in Jesus Christ for all those who believe” (Romans 3:22). For in believing and receiving Christ as our redeemer, we are “justified as a gift by His grace through the redemption which is in Christ Jesus, whom God displayed publicly as a propitiation in His blood through faith” (Romans 3:24-25).

We all have tasted the awful taste of sin. And with it comes failure and defeat. But not every failure is a result of sin. Not every defeat comes on the heels of a sinful choice. Whatever the case or whether we have experienced a moral or ethical failure or a failure to achieve a pursued goal, if we are going, to be honest, then we must admit that there have been moments, times, days, or even months when we succumbed to temptation, frustration, fear, or other emotions and made a choice that failed. Some of those choices may have seemed like a good choice at the time, but later we realized that those choices set us up for nothing but failure.

Job was a man who felt the weight of failure and loss. As a man after God’s own heart, he had worshipped and served the one and only true God, Elohim. Yahweh was his sword and shield; as well as his friend and companion. But when sudden and severe calamity struck, discouragement and failure hit him deep. His pain was great, his sorrow gut-wrenching. His world was torn apart, all that was left was to ask questions. Why God? Why me? Why now? Amid his sorrow and agony, Job exclaimed, “My days are past, my plans are torn apart, Even the wishes of my heart”  (Job 17:11). Job shouted out his countless number of questions. Not at first, but later on as the pressure mounted and answers to the questions were slow to come, the questions began to pour out of his mouth. Job asked, “Why?”—just like we all do! As you read through the Book of Job, you will hear that one agonizing question over and over. Why?

At the end of the debates that go on throughout the book, Job comes to one conclusion—God is truly Sovereign in his life and is worthy of absolute worship and complete service. This powerful conclusion to which Job arrives comes through his recognition that because of God’s lovingkindness, he has received far more than he had before his trials.

In the book of Job, we find Satan leveling assault after assault at Job and his family. First, he attacks Job’s family. His sons and daughters were attacked and either slaughtered or were taken into captivity. His servants and possessions were taken or destroyed. Job’s sorrow and anguish rose up. And in Job 1:20-22, we read, “Then Job arose and tore his robe and shaved his head, and he fell to the ground and worshiped. He said, “Naked I came from my mother’s womb, And naked I shall return there. The LORD gave and the LORD has taken away. Blessed be the name of the LORD. Through all this Job did not sin nor did he blame God.”

Satan’s second assault was against Job’s health. Satan was allowed to smite him with sore boils from the sole of his feet to the crown of his head. Imagine the pain and agony! As Job scraped the boils while he was sitting among the ashes of leftover fires, his wife tempted him, “Do you still hold fast to your integrity? Curse God and die!” (v. 9)  She levels her own attack, “Why are you insisting on remaining wholly committed to this God who just allowed everything valuable to be taken away from you?” “How could you even lift your aching hands and fall on your bleeding knees before such a God?” It is interesting to note that the word that Job’s wife uses is a word that is best translated as “integrity” in the original Semitic languages of Hebrew and Aramaic. Through all the pain and loss, Job holds onto his integrity.

This word, “integrity,” is interesting. It comes from the root word “integer,” which means one undivided whole number. A Christian, who is a follower of Christ, is only whole and complete when every part of their being (body, soul, mind, emotions, etc.) are doing and saying the same thing; that is, Jesus is Lord of my life! When you find yourself giving in to temptation; when you yield and fall to the ways of the world so that you give in to the demands of your flesh and to your emotional and/or psychological needs; when you are shacking up with someone who is not your husband or wife; when you are having casual sex (anything but casual); when you are lying, cheating, stealing and living the life of sin and pleasure—while claiming that you are a Christian, then you are fooling yourself! But you are not fooling God (nor are you fooling others). The Lord knows—and others do too! You have placed yourself outside of God’s care and will suffer destructive consequences.

The Apostle Paul warned the believers in Corinth against dividing themselves up. He said such internal conflict ultimately takes the forms of fornication, idolatry, adultery, homosexuality, thievery, covetousness, drunkards, revilers, and swindlers. Please note that not one of these sinful lifestyles is more damning than another. They are all severe and worthy of judgment. But Paul reminded the believers in 1 Corinthians 5:1 that they had been washed, had been sanctified (made holy), and had been justified in the name of the Lord Jesus Christ. They were charged with (and would be held responsible for) living their whole lives sold out and undivided FOR CHRIST. Their privilege was to be a people of integrity, undivided in their worship, in their devotion, and their service to the Lord. Every part of their lives was to point to the truth that Jesus was Lord of their life. Every aspect of your life must also point to that special relationship that you have with Christ—He is Lord of all of your life!

Job’s three friends (Eliphaz, Bildad, and Zophar) show up to offer their own opinions. But all that they can offer are oversimplified solutions to Job’s questions. Although they sound convincing, Job exposes them as shallow and inadequate to answer the mysteries of God’s actions.

A younger man, Elihu, has been listening in on the arguments. After hearing Job’s final argument, he steps in and challenges the reasons, solutions, and complaints that he has heard from all of these old men. “Listen, you old “geysers,” I’ve got the answer!” Elihu’s argument is that God is greater than man. Who are we to question Him or argue against His actions? Surely, God is causing and using this to “bring back his soul from the pit” (Job 33:29). Is that the answer? God is responsible for all of this? Absolutely not! Is God creating pain, sorrow, and loss for the sole purpose of saving us? Absolutely not! Thank goodness, God always has the final word!

God’s plan is and always has been to reach down and snatch His precious creation from the throngs of hell; to draw near when mankind is lost in pain, sorrow, fear, and hatred; and to allow His love and grace to be revealed. His name is Jesus! He is Almighty God, Prince of Peace, Everlasting Father. He is the great I Am and the Deliverer of our souls. God didn’t make the mess—we did! God didn’t cause the pain and suffering—the lies of the deceiver did! But then, God has an answer and a way!

All of a sudden, He answers Job out of the whirlwind. He reveals His power and wisdom as Creator and Preserver of the physical and animal world. He reveals His Sovereign authority and invites and challenges Job to know Him personally and worship Him completely.

Ultimately Job must learn to trust in the goodness and power of God. He can only accomplish this by enlarging his own concept and understanding of God. This righteous man of God must see his need to repent, to humble himself, and to acknowledge the greatness and majesty of the Lord. And the moment that he did, God restored Job’s worldly goods twofold.

I believe that this first story of the Bible serves as a foundation on which is built the rest of both the Old and New Testaments. The centerpiece of the story of God and of man is always man’s need for a redeemer and mediator. And it is the story of a good, gracious, and holy God who supplies a great Redeemer. As this book raises problems and questions, every one of them is answered perfectly and completely in Christ—who identifies with our sufferings.

What a glorious gift is this gift of reconciliation, forgiveness, and salvation in Christ. So, in these pandemic times, I implore you, as did Paul in Hebrews 4:16, to “…draw near with confidence to the throne of grace, so that we may receive mercy and find grace to help in time of need.” 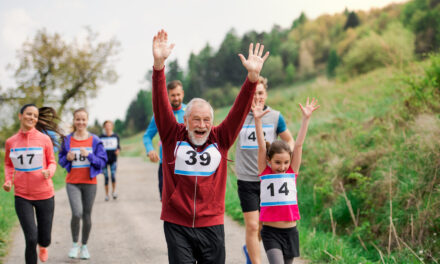