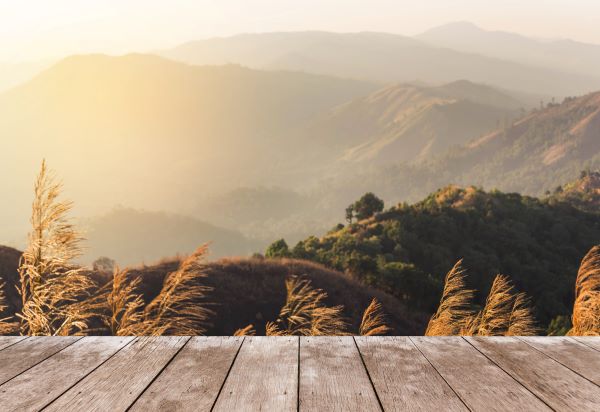 I have to laugh as I remember the evening Clint is talking about.  One of the pleasures of working with Clint was his innocence and gullibility.  I was as tired in the evenings as he was, well maybe not quite, but it was always fun to joke around with him.  I enjoyed the Gaither hour as much as he and Barbara, but it was always good for a response when I would egg them on about getting more work done.  Oh, to be able to sit back down with Clint in the living room and enjoy another hour of good gospel music and conversation! You’ll love Sunset at Harrell Hill…

I receive letters, email, phone calls, and personal visits from many, thanking me for recounting my close encounters and near-death experiences at Harrell Hill Farms. I confess that I often wonder how it is that Christian brothers and sisters can derive such perverse pleasure from Farmer Clint’s near misses with eternity. You may be surprised to learn that such occurrences are commonplace throughout my lifetime, even pre-farming days. For example, one day I will recount for you how I was run over by an outboard motor after falling into one of Alaska’s most frigid and dangerous rivers. Or perhaps you’d like to hear about the night I was attacked by a moose?  But not now, let’s stay closer to home for the time being.

One summer’s eve, Doug, Barbara, and I were resting in the kitchen at their farmhouse at Harrell Hill. I was celebrating the fact that we actually had a short workday, by Doug standards anyway, a mere 12 hours. As we visited around the dinner table Doug surmised that he had “been thinking…”, always a scary scenario. Usually, this meant we would soon embark on a wild and crazy venture of some sort and I would go along kicking and screaming, my body and life hanging in the balance.

As Barbara and I digested her fine home-cookin’, Doug offered me a second piece of Hawaiian Sunset cake…a sure sign of impending doom for me! This dessert, a Barbara specialty, had become my overwhelming favorite. And I knew that if Doug offered me a second slice something terrible was about to happen to me. He began, “You know, there is so much to do around here, and it seems there are too few hours in the day”. (I was feeling more confident than usual as I knew Doug could do a lot of things but even, he couldn’t MAKE more time happen!) “So,” I queried, “how do you propose that we get more done? Perhaps I could wear a miner’s hat, with the lights on top, and work all night long. Just think, Doug, I can dig, plant, weed-eat, spread fertilizer, during the day; then crawl around on my hands and knees and dig potatoes, pull corn, and other veggies at night. I could take a 5-minute nap at the end of each cornrow…or maybe rest beside the green lake beans…or perhaps snooze, ever so briefly, in the sorghum patch. By sunrise, I would already have chosen the over-ripened cabbage and tomatoes for the piggies’ breakfast. That way you can work me around the clock. Would that make you happy?”

Shaking his head and closing his eyes, the way Doug does when he really would like to shoot me, my friend replied, “You know, Pollard, you just don’t have a vision. You’re a great worker and willing to do just about anything, but you need to look beyond the walls.” Uh oh, here it comes! “We’ve usually finished dinner by 7:30 or so, and then we watch The Gaither Homecoming shows on TV, or sometimes we eat watermelon on dad’s front porch. I’m thinking we should make good use of that hour, after dinner, to do more chores. Just think, an hour a day six days a week, it would be like having another day.”

Believe me, friends, I enjoy hard work. Although inexperienced, I had grown to love farm chores as each day is filled with exciting, back-breaking, dangerous projects. I even became accustomed to getting out of bed at 4:30 AM to Doug’s bellowing from the foot of the stairs, “Pollard, pancakes are ready. We’re burning daylight!”  I would spring from my bed, don my Farmer Clint attire, and descend for buckwheat cakes and another harrowing adventure on the farm. And, always, I would note my friend’s Bible, open to his daily devotions, resting on the end table. I accepted the notion of being mired in the dirt by 5:30 AM because that’s what farmers do. Prayer, pancakes, and projects…can it get any better than this? But now, NOW this obsessed Farmer Doug, the Paul Bunyan of Harrell Hill, wants to take away the ONE HOUR I have each day to do nothing. I think not!

When you are a guest in one’s home, as I was at Harrell Hill farmhouse, it is important to study and discern the “power structure”, i.e., who is in charge. Well, having been Doug’s indentured servant for several months I’d discovered that Barbara is the boss of him when we’re inside that house. It only made sense, therefore, that whenever Doug proffered one of his cockamamie schemes, I would take a step back, hide behind Barbara, and see how the early skirmish would end. (Notice that I did not say, “…see who would win the early skirmish!”)

Now Barbara is a very loving, dutiful, hard-working partner to Douglas. But there are some things she will not compromise. I’ve witnessed her drop everything she’s doing to help her husband at a mere call. But hear me now, YOU DO NOT MESS AROUND WITH GAITHER HOMECOMING! As I cowered in the background, speechless and flabbergasted by Doug’s “suggestion”, I watched the lady of the house raise her head…look up at her husband (WAY up ‘cause he’s about 9’ tall), and those tiny little eyes shot terrifying laser beams right into his skull. And the BIG man quivered, and his knees knocked and buckled…and he collapsed like an umbrella in a hurricane! And I knew, GAME OVER!

The three of us chuckled at this fiery exchange, and I wondered if Doug knew just how close he came to being annihilated (he of course did). I reminded Doug that God stopped the sun once, Joshua 10:12-14:

12 On the day the LORD gave the Amorites over to Israel, Joshua said to the LORD in the presence of Israel:  “Sun, stand still over Gibeon, and you, moon, over the Valley of Aijalon.” 13 So the sun stood still, and the moon stopped,  till the nation avenged itself on[a] its enemies, as it is written in the Book of Jashar. The sun stopped in the middle of the sky and delayed going down about a full day. 14 There has never been a day like it before or since, a day when the LORD listened to a human being.

Happy to be chiding him, I said, “Note verse 14…I’m pretty sure the Lord won’t stop the sun for you!”

Barbara departed to her bedroom to watch Gaither Homecoming. I looked at my friend, with that “gotcha” grin, and said, “Think I’ll go down to Daddy D’s and have a little watermelon, wanna go? I love eating watermelon in the daylight.” Doug shook his head, closed his eyes, “Pollard, one of these days…!” Yeah, I know…but I’d won this battle on the Funny Farm (or at least got to enjoy the spoils) …no extra workday for me.  And that doggone watermelon was so good. Praise the Lord!

You can read more from Clint and of Clint’s Chronicles on the Funny Farm HERE. 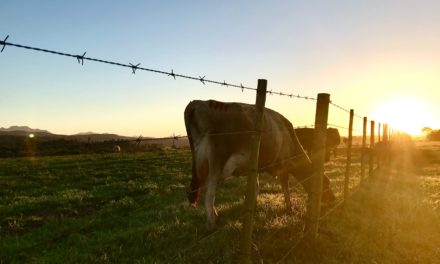 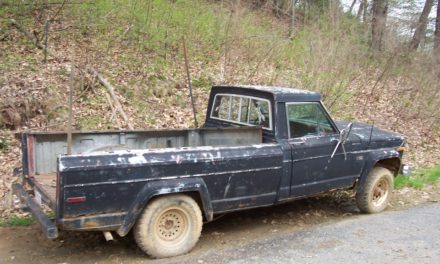 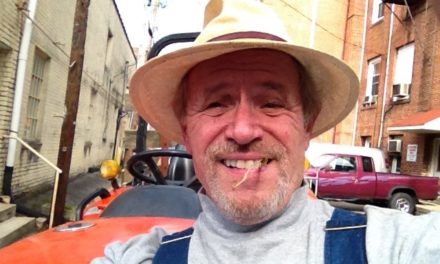