The Breastplate of Righteousness | Tom Walker 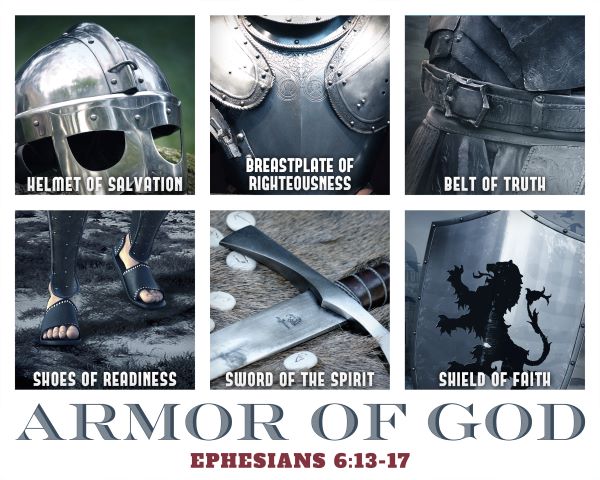 The Breastplate of Righteousness

The Bible says, “Having on the breastplate of righteousness” (Eph. 6:14). We need to remember the context of this statement we are considering in this study. The Apostle Paul points to the matter of standing. It is so important in an age of ungodly pressure that we do not give in to Satan and his instrument called sin. Because so many give in to evil pressure Paul under the direction of the Spirit of God calls us to stand in a day of sin and apostasy.

In the out text, he refers to the “breastplate of righteousness.” When you consider the armor of the soldier in the days of Rome, you will discover the breastplate was an extremely important dress for warfare.

The person who is at war, especially in a spiritual war between good and evil, God and Satan, we must never give in to falsehood and never compromise the blood-stained banner of the cross. You and I should firmly hold our ground and be prepared for the next assault from Satan.

How should we stand? We should stand with a spirit of victory, faith, courage, assurance, and conviction. Christ actually shares with His born-again people the power over the enemy of our souls. It is essential, and it must be enforced while the spoils of Christ’s victory claimed.

Never forget what Christ did on the cross of Calvary. Jesus spoiled principalities and powers and triumphed over them. We must strip evil power over all the authority they used to exercise over us.

If you are going to go to battle, you need the proper equipment, both offensive and defensive. Ukraine has been at war with Russia, but it seems the Soviets have a more sophisticated array of weapons. It must also be considered that the Russians have a larger quantity of weaponry than the Ukrainians. If you go to war in aggression or defense, it requires preparation.

Let’s learn more about how we fight the good fight of faith from Paul in the last chapter of the Book of Ephesians.

Description of the Breastplate

Soldiers in many nations of the ancient world wore the defensive breastplate. It can be used as a protective device either of thick leather or metal. It was generally a wide piece of metal that protected the soldier’s lower trunk and stomach. The main function of the breastplate was primarily to protect the vital organ called the heart.

We see this in the coat of arms of Goliath in I Samuel 17:5. Although little David faced a giant, the giant had adorned his protective gear.  1 Sam 17:4-7 says: “And there went out a champion out of the camp of the Philistines, named  Goliath, of Gath, whose height was six cubits and a span. And he had an helmet of brass upon his head, and he was armed with a coat of mail; and the weight of the coat was five thousand shekels of brass. And he had greaves of brass upon his legs, and a target of brass between his shoulders. And the staff of his spear was like a weaver’s beam; and his spear’s head weighed six hundred shekels of iron: and one bearing a shield went before him.”

This giant was dressed up for battle. David seemed to be small and insignificant to him, but that did not keep him from being adorned with full battle gear. Sometimes we get careless and fail to use the battle gear the Lord has given us to fight successfully in life.

Remember, Goliath was a giant who stood approximately 6’ 9”. He wore a bronze helmet and full body armor. He carried a javelin, a spear, and a sword. He also had an attendant who carried a large shield for him. We could liken the shield to a breastplate.

Goliath was fully prepared for battle but there was one big problem. The Lord was on the side of Israel and David, not the giant of the Philistines. When they attacked Israel, they had superior weapons of iron when they attacked God’s chosen nation in the 12th century before Christ came. The people from Gath worshiped three main false, non-existent gods: Ashtoreth, Dagon, and Baal-Zebub. Philistine soldiers carried images of these false gods into battle. When they offered sacrifices to Dagon, they had an image with the hands and head of a man and the tail of a fish.

“It may be noticed that this passage in 1 Samuel 17, contains the most complete inventory of the furniture of a warrior to be found in the whole of the sacred history. Goliath was a Philistine, and the minuteness of the description of his equipment may be due either to the fact that the Philistines were usually better armed than the Hebrews, or to the impression produced by the contrast on this particular occasion between this fully-armed champion and the wretchedly appointed soldiers of the Israelite host, stripped as they had been very shortly before both of arms and of the means of supplying them so completely that no smith could be found in the country, nor any weapons seen among the people, and that even the ordinary implements of husbandry had to be repaired and sharpened at the forges of the conquerors” (1 Sam 14:19-22) (Nelson’s Bible Dictionary).

We are told to put on the armor of God, every part of it. Each piece we put on is a picture of the strength God has available for all of his children.

Protection of the Breastplate

I have already mentioned that the breastplate is usually a piece of metal strapped around the body that protects the vital organs. Before it can be held up the belt of truth must be put on first. We must decide between putting on all of the armor of God. If you leave out the truth, righteousness will be based on the wrong thing. It will be based on our effort to impress God.

Picture of the Breastplate

What does this speak of spiritually? It points us to the righteousness God gives to us when we receive Christ as Savior and Lord. When a person is saved, a breastplate is given to every sinner who is saved by God’s grace. Jesus obtained righteousness for us when he died and shed His blood on the cross of Calvary.

2 Corinthians 5:21 is directly related to what God does for the repentant and believing sinner. It says, “For he hath made him to be sin for us, who knew no sin; that we might be made the righteousness of God in him.” I see things as I consider this verse.

First, I see a partaking. Our sins were laid upon Christ at Calvary. No one but Jesus could pay the sin debt for lost, helpless, condemned sinners. Isaiah 53:5  tells us: “But he was wounded for our transgressions, he was bruised for our iniquities: the chastisement of our peace was upon him; and with his stripes we are healed.” It is important to notice He was “bruised for our iniquities.” Your sin and my sin were laid upon Him. By all rights, we should have had to pay for our own sins, but our sins were laid upon Jesus Christ. Jesus had no personal sins to die for because He was perfect, sinless, and holy. But that is not true of me and you. We have a sinful nature that tends to depart from God. The Bible is clear that He “knew no sin.”

Secondly, I see a proclamation. The Bible clearly says He knew no sin. One of the most vital doctrines of the Christian faith is that Jesus knew no sin. If He could sin, He could not have been our Savior. Christ was altogether perfect and flawless in His purity. Hebrews 7:26 affirms what I have just written. It says, “For such an high priest became us, who is holy, harmless, undefiled, separate from sinners, and made higher than the heavens.”

Putting on the Breastplate

How and when does this occur? There are several things I would propose to you that will work in having the breastplate.

The first thing is to see the Lord first, above everything else. Matthew 6:33

Affirms that we are to: “Seek ye first the kingdom of God, and his righteousness; and all these things shall be added unto you.” We get overly concerned over things, we should have God and His things on our minds first and foremost.

You should also live, move and have your being in Him.  Acts 17:28 states: “For in him we live, and move, and have our being; as certain also of your own poets have said, For we are also his offspring.” Your life must revolve around the Lord if you are to properly wear the breastplate of righteousness.

In addition, you should seek to obey Him in daily life. When we put on the breastplate of righteousness, we put into practice what we believe in the depths of our innermost being. We consult the Word of God and come to the same conclusion the psalmist did in Psalms 119:24: “Thy testimonies also are my delight and my counselors.” If you put on the breastplate of righteousness, you cooperate with and are deeply involved with the plan of God in your life. The life of overcoming victory can be yours.

It will take the use of every piece of the Christian armor to live a successful Christian life. 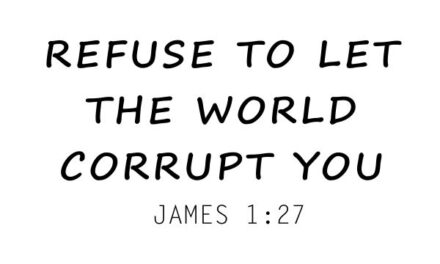 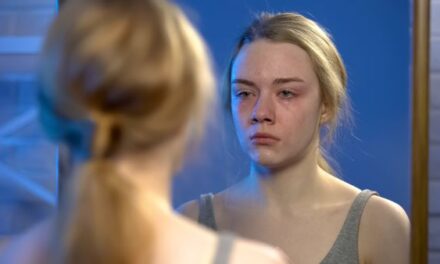 Getting Through Suffering | Christopher Scott 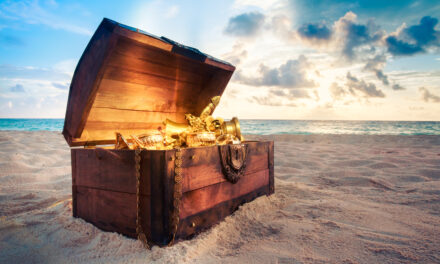