Two Families In One

Everyone loves the Parable of the Prodigal Son. Particularly, we thrill to realize that, when we turn toward God, He runs to meet us. This story is perfect—except for that whining older brother.

A world of meaning opens when we add the context of the history of God’s people. Moses led Twelve Tribes—each descended from a son of Jacob—out of Egypt. The tribes settled in assigned portions of Canaan. After Moses died, God worked through a series of Judges. The last Judge was Samuel. During his tenure, the people demanded a human king so they could be like other nations. God did not approve, but He allowed Samuel to anoint Saul. After Saul, David and then Solomon also ruled all twelve tribes.

Solomon allowed his many wives to turn his head and heart. He bowed down to pagan idols. Because of this great sin, God tore most of the Nation of Israel away from David’s descendants. Solomon’s son, Rehoboam, ruled two tribes, Judah and Benjamin. This became the House of Judah. One of Solomon’s servants, Jeroboam, became king over the other ten tribes. This was the Northern Kingdom or the House of Israel.

Neither of the Two Houses remained faithful. The sin of the House of Israel was especially grievous. God divorced Israel and allowed her to be carried away by Assyria around 740 BC. Israel was dispersed among the nations. Over time, they forgot who they were and devoted themselves to false gods.

The House of Judah fell to Babylon in 586 BC. Solomon’s Temple was destroyed, Jerusalem was burned, the people were carried into captivity. During that captivity, Judah retained her national identity and finally put away pagan worship.

Seventy years later, Judah was allowed to return to Canaan. Under Ezra and Nehemiah, they rebuilt Jerusalem and the Temple. They were known as “Jews,” and their land was called “Judea” because they were part of the Kingdom of Judah. After they returned home, Judah attempted to be faithful to God’s instructions.

God allowed Israel to be scattered, but He never forgot them. He intends to reunite the Two Houses. Ezekiel’s Valley of Dry Bones is a marvelous prophecy of that reassembly. Jeremiah 3:18 says: “In those days the house of Judah will walk with the house of Israel. They will come together out of the land of the north to the land that I gave your fathers as an inheritance.”

This reunification is the context of Jesus’ story about a wayward son. The Prodigal represents the House of Israel. God blessed all Twelve Tribes with abundance. “Give me my portion of the inheritance” is an acknowledgment that the Ten Northern Tribes had been provided everything they needed and more. Israel left God for the far country of rebellion. They squandered their abundance in idolatry which God labels adultery. Eventually, the Prodigal’s hunger drove him to herding swine and eating slop. This potent imagery conveys Israel’s descent into uncleanness.

The story takes a positive turn when the Prodigal realizes that he can sink no lower. He decides to return to his Father. This return is predicted in Jeremiah 31:16-19. “Ephraim” is a Bible term that refers to the House of Israel.

Few Christians are aware of Jesus’ primary mission. He states in Matthew 15:24, “I was sent only to the lost sheep of the House of Israel.” John 11:49-50 foretells that Jesus would die to bring salvation to the House of Judah. Then, verse 52 makes one of the most thrilling prophecies in scripture, “And not for the nation only, but also so that He might gather together into one the scattered children of God.”

God is holy and righteous. Since The Fall, He has been attempting to teach us to be righteous. “Righteousness” is following God’s instructions for living. Those are found in the first five books of the Bible, or Torah. Blessings come to those who hunger and thirst after righteousness. The Parable of the Prodigal is about returning to righteousness and being reunited with God’s family.

“Home” in the story is the Land of Canaan. The Older Brother is the House of Judah. Judah returned home when they were released from captivity. They devoted themselves to be righteous. Younger Brother, Israel, devoted himself to depravity. When Israel finally comes home, Judah is jealous.

We see this jealousy around the modern world. Many are awakening to the fact that the God of Abraham, Isaac, and Jacob has given clear instructions for living. They are joyfully accepting salvation by grace through faith in Messiah. They are sincerely attempting to love and serve God by keeping His Torah. As this happens, many in the House of Judah are jealous that “Gentiles” are following “their” Torah.

Perhaps even worse than the jealousy of Judah is the disdain of many Christians for their brothers and sisters who are keeping Torah. Typically, the Church teaches the heresy that “grace” makes obedience unnecessary. All of us need grace. Grace is the only means for us to stand in the presence of Holy God. How have we missed the point that He grants His grace to those who love Him and strive to obey Him?

The story told in the Parable of the Prodigal is found throughout scripture. One of the most poignant is Ezekiel 36:24-27:  “For I will take you from the nations, gather you out of all the countries and bring you back to your own land. Then I will sprinkle clean water on you, and you will be clean from all your uncleanness and from all your idols. Moreover, I will give you a new heart. I will put a new spirit within you. I will remove the stony heart from your flesh and give you a heart of flesh. I will put My Ruach within you. Then I will cause you to walk in My laws, so you will keep My rulings and do them.” 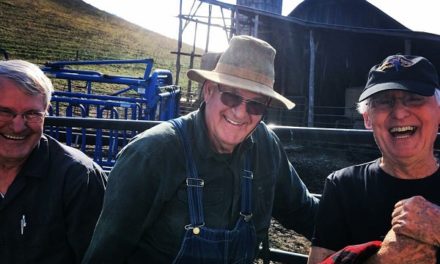 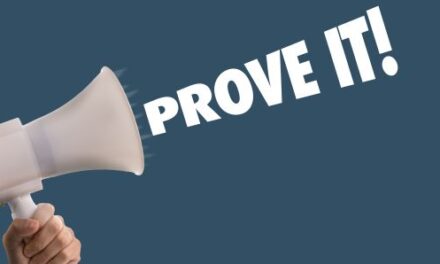 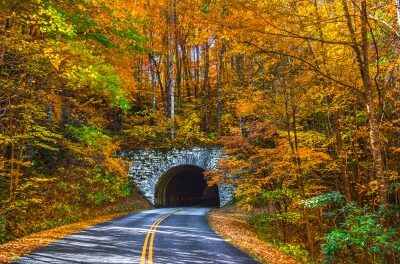 The Heavens Declare The Glory of God | Bruce Cannon