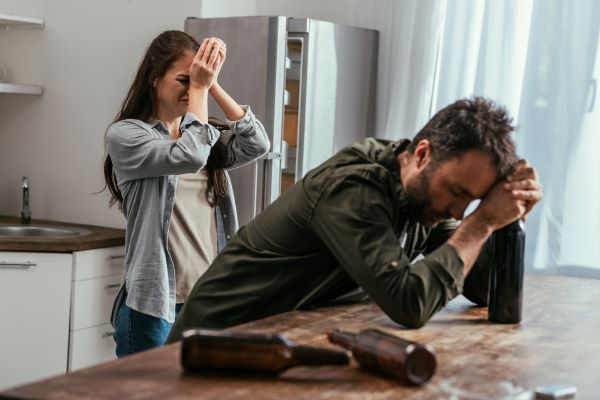 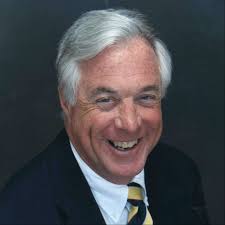 How do you know?

We are sober alcoholics. We are a paradox.

It was an icy-cold, winter Sunday afternoon in January 1992. We were living in New England when my wife gave me an ultimatum:  “Quit drinking or move out!!!”

Opening the kitchen refrigerator door, I withdrew the remaining bottle of beer and hurled it as hard as I could into our backyard woods. The bottle made a violent, smashing sound as it collided with an old birch tree, tiny shards of glass splintering as they fell to the fresh snow below.

A paradox, as I had to surrender to win my battle against my cunning foe, Alcohol.

Alcohol-induced loneliness, despair, and depression which had become unbearable, and I became aware of my dark thoughts of suicide. I was at my bottom! I was physically, mentally, and spiritually bankrupt-and realized that continuing to drink meant certain death, jail, or being institutionalized.

As a young person, I, like many of my friends, “enjoyed” drinking; but how much is too much? For me, there was no such thing as “just having a drink.” How could anybody drink “just one?”

It is not uncommon for people to deny that they have a drinking problem. Denial (“deNile”) is not just a river that flows through Egypt!

Technically speaking, what is a “drink?” One standard drink, according to the American Medical Association (AMA) is a 12 oz. can of beer, a 5 oz. a glass of wine or a 1.5 oz. the measure of any liquor. For men, low-risk alcohol consumption is considered drinking four or fewer drinks on any single day and fewer than 14 drinks during a given week.

The guidelines for low-risk drinking for women are lower. The National Institute on Alcohol Abuse and Alcoholism (NIAAA) guidelines suggest low-risk drinking for women is having three or fewer standard drinks per day and no more than seven drinks per week. Heavy alcohol use is defined by the AMA as drinking five or more drinks for men and four or more drinks for women on the same day on each of five or more days within a given month. I have spilled more than this!

Alcoholism is a chronic, progressive disease with varying symptoms including an insatiable desire to drink despite negative consequences with work or relationships and health-related problems.  Alcoholism is oftentimes referred to as a family disease as it is frequently passed genetically among extended family members.

For years, I did not, and you may not, recognize the signs of alcohol abuse in yourself or someone else. If you have to ask, “Is my drinking a problem?” it probably is a problem.

Even the description of the disease of alcoholism has become subject to political correctness. It is now being referred to as Alcohol Use Disorder (AUD).

AUD is considered by mental health experts to be a chronic, relapsing, brain disease characterized by an impaired ability to stop or control alcohol use despite adverse social, occupational, or health consequences, i.e. death, jail, and/or institutions.

Following the American Psychiatric Association (APA), if a person exhibits two or more symptoms from a list of eleven criteria, he or she is diagnosed as having AUD, which includes degree classifications of mild, moderate, and severe. My family doctor never questioned my alcohol intake amount or frequency and, if he had, I would have lied.

The statistics regarding AUD are not encouraging. Research originating with the National Council on Alcoholism and Drug Dependence (NCADD) reports 17.6 million people in the U.S. to suffer from alcohol abuse or dependence. This equates to one in every thirteen adults.

The Center for Disease Control and Prevention (CDC) estimates that annually 88,000 people, approximately 62,000 men, and 26,000 women, die from alcohol-related causes. This makes alcohol the third leading preventable cause of death in the United States, the first being tobacco use and the second, poor diet and physical inactivity.

How do you know if you are an alcoholic or AUD positive? There is no disposable, COVID-19-type test that provides same-day, positive or negative results. I was painfully aware I was an alcoholic long before my January 1992 sobriety date. It was a dark and lonely secret I kept from my family and Christian friends for years.

How did I know I was an alcoholic? Perhaps, you too can identify with some of my earliest symptoms.

For years, I told myself I could stop drinking any time I so desired. However, I discovered at an early age there was no such thing as “just one” glass, shot, bottle, or can of anything containing alcohol and once I started, I could not stop. My self-discipline and ability to manage my alcohol intake had essentially evaporated.

On too many occasions to count, I promised myself and others I would have just one drink. However, I ignored these promises, failing miserably in my attempts to keep them, every time.

Trying to be funny and popular among my peers, I would announce to anyone listening, “I only have a drinking problem when there is nothing around to drink.” I secretly wished well-meaning family members and friends would mind their own business, not tell me what to do, and stay in their lane when discussing my drinking. I was completely unaware of experiencing the alcohol-related personality changes I was accused of. My drinking had progressively become more important to me than my job, my wife, my children, my Christian family, and friends.

My alcohol-induced behavior included attending only those events that allowed me to drink and socialize with others who drank as I did. I began to not trust people who did not drink. My repeated attempts to stop drinking lasted over a weekend or two, but sobriety never lasted more than a couple of days.

When I did stop abruptly, “cold turkey,” I noticed mental and physical symptoms including insomnia, tremors, mood swings, and depression. Occasionally, I would just drink beer or wine, steadfast in my belief that nobody could be an alcoholic if he or she just drank beer or wine.

It was not unusual behavior for me to obtain “extra” drinks methodically and skillfully at “open-bar events” for fear they would run out.  Also, to eliminate my anxiety, I routinely consumed several drinks “prior” to attending any event. I carefully calculated the distance to be traveled and always measured the number of beers I would need to bring and drink on the way. Once at a party, I would refrain from eating anything that might jeopardize my sought-after “buzz.”

A trip to pick-up a pizza or run a local errand included the same routine of bringing a designated number of beers with me to correlate to the length and time of the round-trip drive. I never considered this behavior reckless as my children in the back seat were always safely buckled into their seatbelts. Yikes!!!

I continued to use alcohol despite negative emotional effects such as depression, anxiety, and memory lapses. It never occurred to me that alcohol itself was a depressant and that depression coincided with my alcohol abuse. Guilty of missing days at work due to calling in sick, aka, hangovers, had become far too frequent. The weekend mornings were riddled with dry-mouth and throbbing headaches.

Toward the end of my drinking career, I was living to drink and drinking to live and had become sick and tired of being sick and tired.  My abusive drinking eliminated any chance of what I believed to be well-deserved work promotions. Instead, this resulted in frequent job performance failures and numerous involuntary terminations.

My activity caused painful financial strife and difficulties for my family, creating stress that was seemingly unbearable and initiating yet darker and increased episodes of depression. My self-esteem deteriorated. I noticed simple things like my hands shaking and difficulty making direct eye contact with others in social and business settings.

I became increasingly aware of the many mornings I met the bathroom mirror staring back at bloodshot eyes and broken capillaries beginning to appear on my nose and face. My continued inability to show up for scheduled meetings on time and my loss of focus and concentration in social and business settings got progressively worse.

I began making excuses for not attending social and family gatherings, as I was spending more time self-isolating and drinking alone at home. I noticed it took me increasingly longer to capture my elusive alcohol “buzz.” I constantly compared my drinking to others. I noted, with congratulatory pride, that many of my friends drank considerably more than I did. I envied people who could drink without ever getting into trouble.

Something had to change! That day in 1992, when given the ultimatum, triggered the change. I began attending my local Church’s 12-Step meetings and taking the advice of a former prep-school classmate who suggested attending ninety 12-Step meetings in ninety days.

In hindsight, attending ninety 12-Step meetings in ninety days saved my life. I am now sober twenty-eight years (10,220 days and counting) and live a happy, healthy life, second to none. I was able to find a way to like myself again.

If you, a family member, or a friend can relate to any of my described symptoms and story and would like to talk, please call me. And if you do not reach out to me, reach out to someone. There are countless resources available in your community through 12-Step groups, clergy, hotlines, and those who care about you. You do not have to go through what I did alone.

Thank you in advance for allowing me to share my story which helps me stay sober for another day. 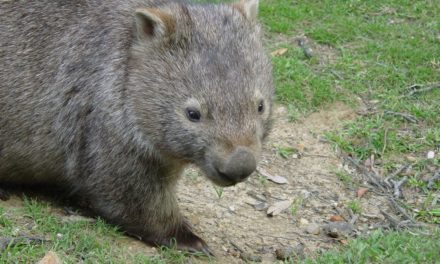 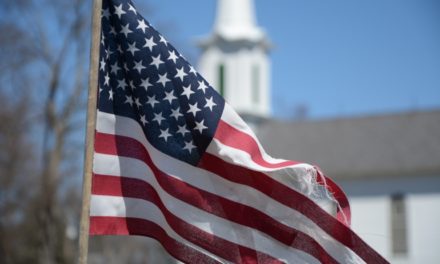 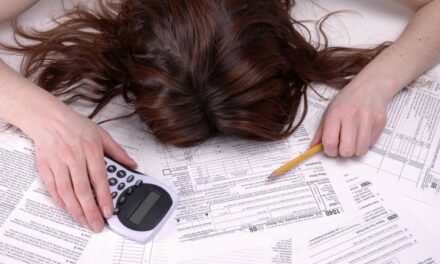 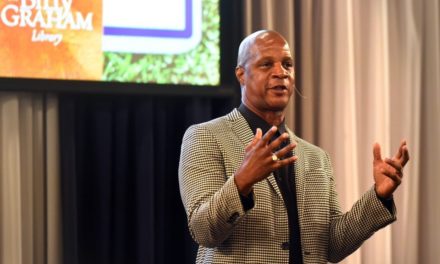