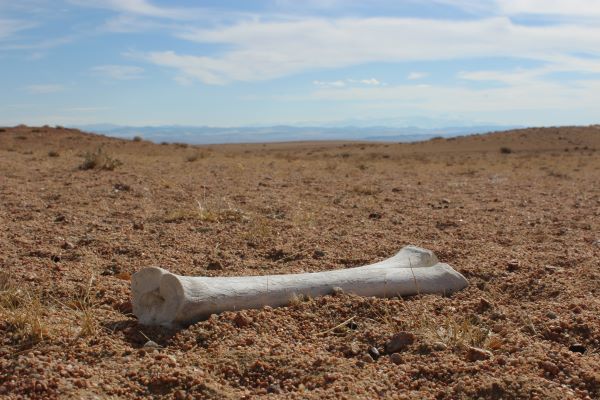 August can be a dry month even in the rain forest that is Western North Carolina. The worst drought we can imagine, however, would never compare to the dryness confronting Ezekiel in the 37th chapter of his book. In this famous passage, the prophet is led “in the spirit” to a place reminiscent of the mythical, African valley where elephants supposedly make their last journey to die among untold thousands of their fellows. The fable of the elephant graveyard endures because such a place would provide boundless wealth to its discoverer. So much ivory without the mess and bother of killing or smuggling.

Ezekiel’s vast, above-ground graveyard reveals a promise which dwarfs the value of a boatload of ivory: eternal life with Our Creator. The Valley of Dry Bones is one of many scriptures that ties the beginning of God’s book to the end. Genesis 2:7 tells us that God formed man from dust and breathed His life into this creature to make him a living soul. The Hebrew word translated “soul” means “the union of dust and spirit.” We do not have a soul, we are a soul. Even the name Adam underscores this fact since it can be translated “creature of dirt.”

When the animated wad of dust chose sin and death over direct communion with God, he learned the stark repercussions of that choice: “You are dust, and to dust you will return.” The only hope for formerly animated dust is resurrection. Unobtainable resurrection. Unimaginably expensive resurrection. Graciously purchased and freely given resurrection. Resurrection detailed near the end of that best-selling book which chronicles the relationship of Holy God with walking dust. Revelation 20:4 says that faithful, obedient piles of dust will be resurrected, reunited with the breath of God, and privileged to rule with the Messiah in the Millennial Kingdom.

With perfect symmetry, Ezekiel’s vision unites creation and resurrection. His valley of bones was nothing more or less than irrefutable evidence of dust that once walked and talked. Under divine imperative, he spoke the Word of God to all that dust, and an immeasurable army of corpses reassembled before his eyes. Once again they looked human, but they were still lifeless dust. They lacked life’s crucial element. “I prophesied just as He commanded me. The Spirit came into them, and they lived. They stood up on their feet, a vast army.”

At this point, God does a marvelous thing. He tells Ezekiel—and us—the identity of this army. “These bones are the whole house of Israel…. Prophesy and say to them…, ‘I will bring you up out of your graves, My people. I will bring you back to the land of Israel.’” I was taught from the cradle that when Messiah died, God abandoned Israel and His promises to them. This is a lie from perdition. If God can renege on any promise, what is to stop Him from lying about every promise.

But the Holy One never lies. He assures us often that He will raise His chosen nation from their graves and bring them back to the land they squandered through disobedience. When Messiah died, the penalty for that disobedience was paid. We who were not born into Israel were granted adoption through faith and obedience. The problem we still face, however, is that our dust so often constrains our spirit. The dryness of our bones inhibits our ability to fulfill the destiny for which we were created: glorifying God Almighty.

Our nature is to cling to dry bones. We latch onto tradition rather than divine communication. We exalt man-made doctrine over God-breathed instruction. We desperately grasp some imagined notion of “freedom in Christ” instead of His clear call: “If you love Me, keep My commandments.” The root of much of this misplaced allegiance is ignorance and apathy regarding God’s Word. Many believers attend Church meetings to hear from some pastor or minister or teacher what they are expected to believe. This is the anthesis of “study to show thyself approved.”

Temporarily animated dust cannot afford complacency. No amount of emotionally gratifying “praise and worship,” no repeated exposure to talented musicians and singers, no accumulation of “lessons” from the most gifted Bible teachers can take the place of picking up The Book and reading it from the beginning. Only then do we discover what it says. What little Bible reading most of us do is merely to shore up what we’ve been taught. We should rather imitate the noble Bereans and discover if what we have been taught is true.

An even dryer bone than willful ignorance is intentional disobedience. The Bible teaches that everyone will be resurrected. Some will be told, “Well done, good and faithful servant.” Others will hear, “Depart from me for I never knew you.” He will never know us as long as we insist that “grace” allows us to ignore the terms of His offer of salvation.

When the Bible says that Abraham “knew” Sarah, it refers to vastly more than intercourse. Yada is Hebrew for entering a covenant. The situation described in Matthew 7:23 gives Jesus no option but to say, “I never knew you.” He addresses those who have chosen to not fulfill the blood-bought covenant He offers. 1 John 2:3-4 spells out our responsibility, “By this do we know that we know Him if we keep His commandments. If we say that we know Him and do not keep His commandments, we are liars, and the truth is not in us.” Those who will hear “I never knew you” will wish that their dry bones had stayed in the dust. 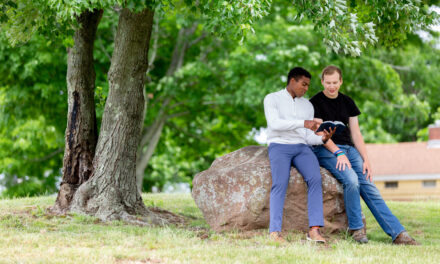 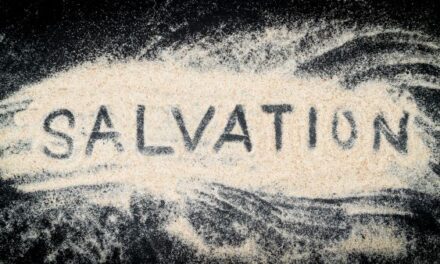 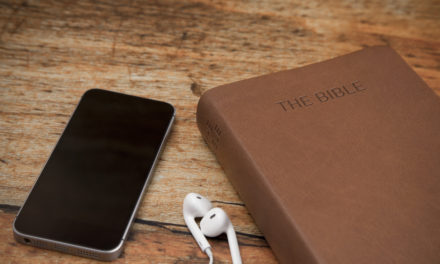 How Should You Feel About Bible Apps?