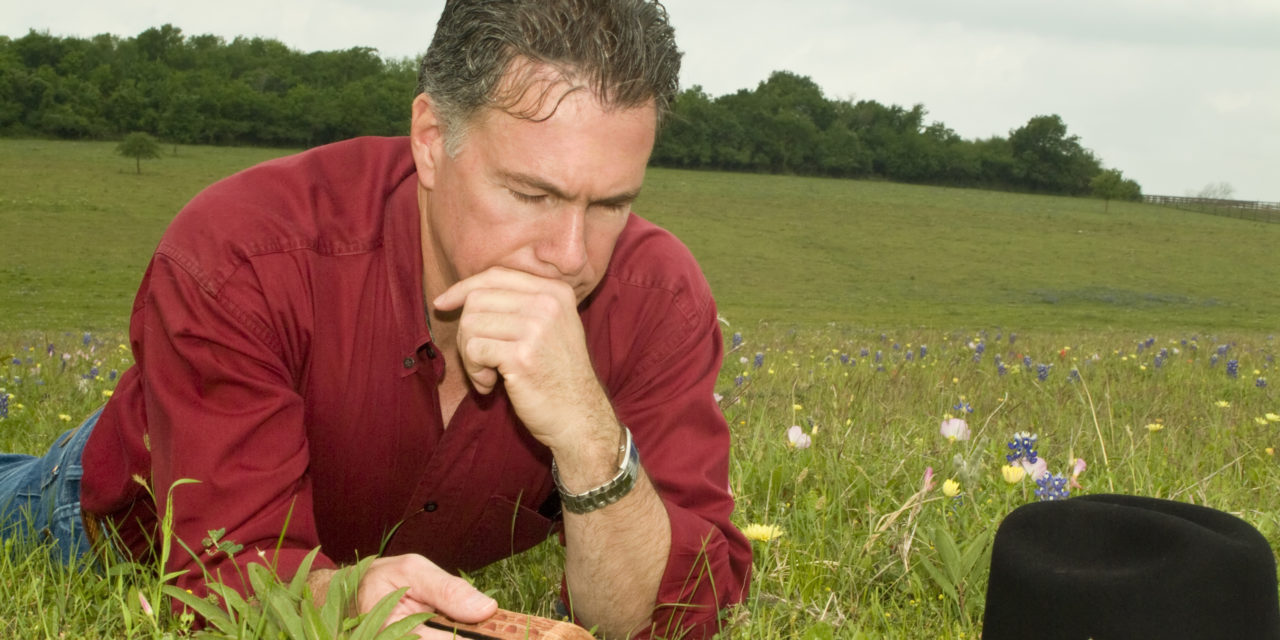 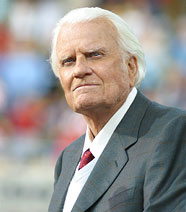 Men and women today are seeking various kinds of freedom. In many places of the world, people are gathering in crowds and shouting, “Freedom!”

Some time ago I was at a World Fair and saw the tremendous prospects of science presented in the exhibitions. I thought of what Einstein said shortly before he died. “I feel,” he declared, “like a man chained. I get a glimpse of reality and then it flees. If only I could be free from the shackles of my intellectual smallness, then I could understand the universe in which I live.”

Not only do we want political and intellectual freedom today, but we also want moral freedom. We have a sexual expression on a scale unknown in modern times. We thought it would make us happy, but we are miserable with it. We have found it destroying not only our morals but our souls.

We say we want freedom from prejudice, freedom from ignorance and freedom from poverty. We even say we’re searching for religious freedom. There are groups in North America that want to throw out all Christian emphasis, all religious symbols. They wish to be free from such “bondage.” They say, “Do away with the recognition of God in national life.”

Our forefathers did not feel that way. They desired that we should have freedom of religion, but not freedom from religion. “Blessed is the nation whose God is the Lord” (Psalm 33:12). If we push God aside, may God have mercy upon our nation!

The Scripture teaches that the only truly free people in the world are those who have made Christ their Savior, Master, and Lord. Jesus Christ said, “You shall know the truth, and the truth shall make you free” (John 8:32).

THE SECRET OF THE UNIVERSE

The Scripture says that “by him, all things were created” (Colossians 1:16) and “in Him, all things consist” (Colossians 1:17). There is something that holds matter together, and the scientist cannot tell you what it is. I believe that someday we are going to learn that the secret of it all is Christ: that if He took His hand off us for five seconds, we would blow apart. He is the truth! Ultimate truth!

Now, you can reject this truth and think that you are free. You can say, “I have rejected Jesus Christ, I have rejected God, and now I am going to live it up.” But you will find yourself in bondage far greater than any you knew before. You end up with inner conflicts, guilt complexes, inferiority feelings, fears and neuroses, and your so-called freedom is a new enshacklement.

When Christ told His disciples, “I am the truth” (Cf. John 14:6), He was either right and was telling the truth, or He was a blasphemous deceiver who knew that He was not the truth and was lying. Or He thought that He was God, and He did not know the difference. That would have made Him a maniac—a person who thought He was God when He really wasn’t! Which was it? That is a decision you will have to make. You will have to decide who Jesus Christ is—a liar, an egomaniac, or what He claimed to be: God in the flesh, the ultimate reality, and truth in the universe. If He is God and the truth, and He tells me to follow Him, I would be a fool not to do so.

“We have sexual expression on a scale unknown in modern times. We thought it would make us happy, but we are miserable with it. We have found it destroying not only our morals but our souls.”

We are all interested in truth, and Christ is the truth. When you give yourself to Him, He opens the doors of your mind in the most glorious way. You see a new dimension of life that you have been previously blind to. When you open yourself to Christ—to the truth—your life lights up. Your whole inner life glows, and there comes a peace and joy and security that only He can give.

When you come to Christ, He gives you a freedom that is real: “Therefore if the Son makes you free, you shall be free indeed” (John 8:36).

What is this freedom? First, He frees you from the penalty of sin. I could preach from morning until night, describing what sin is. But I do not need to. You know that you have sinned against God.

We break the laws of God. We fail God. We fall short of His requirements. We are sinners. And this sin has done something—it has alienated us from God. Our sin comes between us and God so that He has to hide His face from us and will not hear us. You may laugh at this. But remember: The Bible says that “fools mock at sin” (Proverbs 14:9). You can say that your offenses are small and don’t amount to anything. But God is a pure and righteous and holy God, and in His sight, you have caused offenses; you have caused a cloud to come between you and God. You are separated from God so that your prayers cannot be answered, and all of our religious actions mean nothing in His sight. You can try to cover up your sins, but God says that you cannot get away with it.

But here comes the glorious part: Christ took the penalty of our sin. That is what the cross is all about. He died on that cross for people like you and me, sinners who had failed Him and had broken His laws. On that cross, God took all of our sins and laid them on Christ, so that He became sin for us. He took the judgment of our sin; He took the hell of our sin. And the moral accountability that you would ordinarily expect to face at the judgment, you will not have to face if you claim Him as your Savior.

I will not be at that judgment. Oh, yes, I have sinned; I have broken God’s laws a thousand times, but I will not have to face the judgment. I will not have to give an account. Why? Because of the cross, the Lord Jesus Christ took accountability for me. He took the sin and judgment for me. That is the glorious grace and mercy of God that none of us can fully understand.

Oh, the depth of God’s grace! Oh, the height of God’s mercy, the breadth of God’s love, that He is willing to say to you and to me, “I forgive you. You will never have to face the judgment!” When that gets through to you, you can go to bed and sleep a new kind of sleep.

The full penalty has been paid. The Judge will never say, “I pronounce sentence on you,” because Christ has accepted that sentence for you. In Christ you are free. Accept it by faith and go your way rejoicing.

Second, we are freed from the power of sin. Jesus said, “Whoever commits sin is a slave of sin” (John 8:34). Are you a slave of sin? In bondage to jealousy, to pride, to selfishness, to immorality, to gambling, to some drug, to sinful pleasure, so that sin has become your slave driver.

It may be that sin stands over you with a whip and lashes you across the back. You protest, “But I don’t want to commit this sin. I don’t want to tell this lie. I don’t want to get drunk. I don’t want to get involved with that person.” But you yield to the domination of sin—you are a slave to sin. The very thing you say you will not do again, you do. It becomes worse and worse as you grow older. Your heart gets harder and harder until finally there is death and judgment and hell.

But when you know the truth, the truth shall make you free. How wonderful! Sin is no longer in the throne room of my life. Christ sits there, and as I daily, moment by moment, yield my members to Him, He puts my life in order. Satan no longer has the power over my life that he once had. Sin is no longer in command. Oh, to be sure, I slip and fall, but Christ is there to pick me up and to put His arm around me and to love me.

Our Heavenly Father has seen everything that you have done. He is just waiting now for you to come and confess it, to acknowledge it and say, “Lord, here I am. I want a fresh start. I want a new day in my life. I want a new beginning. I want a new birth. I want to be yours from this moment.”

Adapted from an article published in Decision in July 1963. Scripture quotations are taken from The Holy Bible, New King James Version. 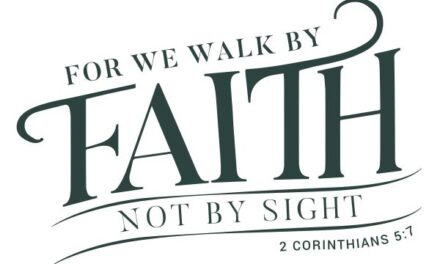 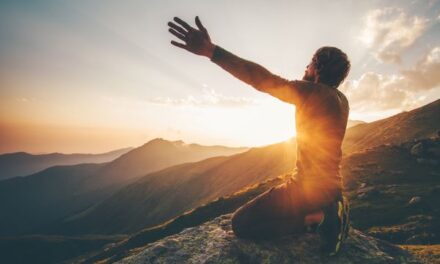 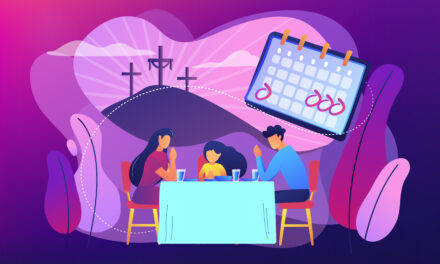