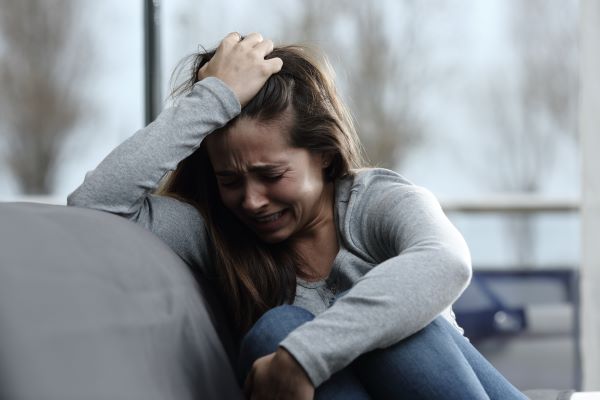 A couple is sitting in my office. Their marriage is in trouble. Their relationship is in shambles and they are both wondering if there is any hope at all. The hurts, rejections, criticisms, unmet expectations, anger, and fear have mounted up and tears begin to flow down the cheek of a young wife. She can’t speak. Her tears choke down her words. After a moment, she buries her head in her lap and begins to sob. It starts slowly and quietly, but soon her sobs become audible and her shoulders begin to heave up and down. Pain and despair have overtaken her. But the outward signs don’t tell the whole story. She is alone in her misery and pain.

The husband doesn’t know what to do—so he just sits motionless. He can’t bear to look at her pain, so he stares off into space. He fixes his eyes upon a blank spot on the wall. It’s not that he doesn’t care for her or love her, he just can’t see beyond the tears and sobs to understand what the real problem is—she is alone! Perhaps lost in his own pain, sorrow, or fear, he doesn’t know what to do—so he does nothing! He leaves her alone. Even though he desperately wants to hug and comfort her, he feels numb and paralyzed; so he is paralyzed. He can’t move and as his own fear mounts, he is tempted to bolt. Just get out and get away! Convinced he can’t fix it, he figures the only solution is to abandon it. But he takes one last quick glance at her…and that’s when I say to him, “What do you see?” He responds in a voice that can barely be heard, “She is hurting!” And then I ask, “What do you want to do about that?” He says, “I want to reach out and take her hand. I want to make it all go away!” I say, “Then do it! Lean in and take her hand. Lean in and hold her! Don’t say a word—just lean in and stay there a while!” He decides to risk it and leans in and gently takes her hand. We sit silently for a while. He is focused and committed at that moment to simply being present with her.

It may take a minute, perhaps even five. But soon the heaves and the sobs stop and she can lift her head, look into his eyes and hug him. They stay there for a little while. No words are needed. The experience is powerful.

All of the problems between them have not magically disappeared. But something incredible, inspirational, and powerful happened. I call those “holy moments.” Something wonderful has happened—she’s not alone anymore!

I can’t tell you how many times that scene has been played out in my office.

Amid humanity’s loneliness…in our loneliness, God leaned in! He heard our cries, saw our sorrows, felt our pain. Although sometimes it felt like He was far off and remained silent—He was listening, He was seeing, and He was near! When He did speak, He spoke with a still small voice so as not to startle or frighten us. But there were and will be times when it is necessary for Almighty God to speak loudly with a thundering voice that shakes the heavens and causes all to stop what they are doing and take notice—and even cower with fear. My friends, God desires to be close and intimate with His most wonderful creation. But His beloved has rejected Him, choosing to seek their own way, live by their own standards, and pursue the things of the flesh and the world. Oh, how the loving Creator grieves as His beloved sink into loneliness and aloneness. Oh, how a Heavenly Father sorrows when He sees the results of humanity’s destructive behavior.

But wait for it! In the fullness of time—in the right time, in that tense moment when all seems lost—God leans in! Max Lucado captured the phrase in one of his books, God Came Near. He notes that God did the unimaginable, the incredible, the mysterious, and a completely unexpected thing—He came near. He leaned in! God became one of us. He took on human flesh and dwelt among us. John wrote in John 1:14, “And the Word became flesh, and dwelt among us; and we saw His glory, glory as of the only Son from the Father, full of grace and truth.” This Word was from the beginning. This Word was with God and this Word was God. John goes on to explain in John 1:2-5, “He was in the beginning with God. All things came into being through Him, and apart from Him not even one thing came into being that has come into being. In Him was life, and the life was the Light of mankind. And the Light shines in the darkness, and the darkness did not grasp it.”

God leaned in! He leaned in because He saw the pain, the confusion, the misery, and the tears. He came near because He was the only one who could do anything about it! For only God, our Creator, could take our hands, touch our hearts, place His loving and accepting arms around us and pull us up close to Him. Only He could promise to never let us go—no matter what! Only God, our Savior, and Redeemer could offer us hope for tomorrow. Only He could keep that promise throughout all of eternity. So, He leaned in!

He leaned in because His beloved was alone! He came near so that we would no longer be alone. He leans in for the Heavenly Father yearns for deep, intimate relationship and fellowship with His beloved.

As you experience the deep, agonizing feelings of being alone, know this today—loving, gracious, and merciful God is leaning in and drawing near to you right now. Feel His presence and bask in the warmth of His love. 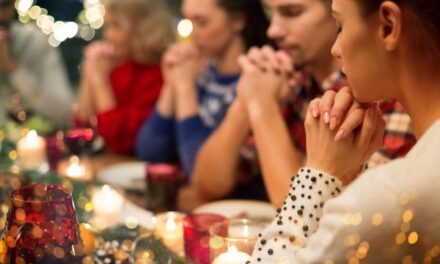 Witnessing During the Holidays 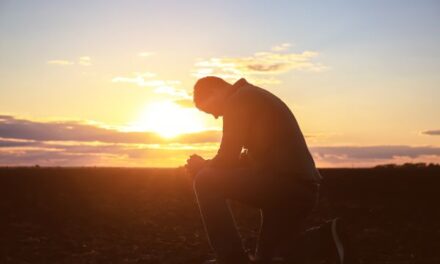