Never More Than We Can Bear | Steve Carter

Never More Than We Can Bear

While trying to figure out the coffee pot at my new job, up walks a man grinning from ear to ear. While projecting a friendly demeanor, David Hutson, “Hut,” introduced himself to me with an iron grip from a hand about the size of Montana.  His infectious smile and booming voice, which endeared him to the entire planet, soon made us fast friends. We often worked together in our high-pressure job of taking X-Rays. Any human body parts, suspected of being broken, twisted too far, or clogged up were fair game.  We dealt with convicts from federal prison, after they fell up some stairs, to drunks who just kissed a baseball bat.

Family took center stage in Hut’s life, and it wasn’t long after we met that the one thing a parent isn’t prepared for hit Hut’s household. Hut and Trudy’s toddler daughter, Hillary, suddenly and unexpectantly died from a birth defect, rocking him to his core.  Following the funeral Hut, and his wife Trudy, while devastated by the tragedy, soldered on with life. Despite the expected sadness, I detected a strengthening that could only be explained by the Comforter’s presence in his life.

About six years after losing Hillary, a stick of dynamite named Henry blessed the Hutson household and that changed everything! While interviewing Hut for this article, he told me, his son Henry, turned out to be his “do-over”. After being blessed with another child, I noticed in him additional strength and resolve. This “renewal” soon led to more involvement in church activities. One notable example included me playing drums and Hut singing bass in small rooms to a coliseum. That newfound strength also projected itself in the form of him taking Bible courses. This dedicated study confirmed the source of strength that lifted him through the darkness of his daughter’s death.

Meanwhile, Hut’s Daddy, a man who naturally commanded respect, started to show his age.  Hut loved his Daddy, who got him through those “totally worthless” teen years, without sending him to a “deserted island somewhere.”  While hospitalized, where we both worked, Mr. Hutson simply “gave out” and slipped away when the angel came to pick him up one Sunday morning. The first thing that same day, my duties found me on the way to the Intensive Care Unit.  I pushed my portable X-Ray machine into the elevator Hut and his sister, Mary was getting off. Mary’s presence and their solemn expression told me; something had happened. Hut calmly said; “Daddy just passed on”.  Following hugs around, and despite the bad news, strength from these Christian warriors filled the air as they walked toward the exit.

Hut’s Momma followed her husband into glory a few years later and this loss signaled the beginning of Hut ‘s wife’s, decline. David and Trudy had enjoyed a thirty-six-year marriage, when suddenly, she started showing multiple symptoms that seemed to be cured, only to return with a vengeance.  For six long years, they battled through bad times of doctor office visits, running tests, hospital stays, and endless un-explained painful symptoms. They rejoiced in the good times, hoping a cure had been finally found, only to have their hopes dashed with more mysterious symptoms. Transfers between specialists and hospitals ultimately found Trudy being considered for an organ transplant. During this lengthy process, a trial that drew on the accumulated strength Hut had gained, his wife went into a comatose state. Just under a week later, surrounded by family, Trudy joined Hillary at the feet of Jesus.

I have known Hut for over thirty years. During this time, I watched him grow in Christ into the mighty warrior he is today. I believe much of his character and abilities come from the trials he had to overcome. During our interview process, he stated, “I gained enough strength from one crisis, to survive the next.” In explanation of that statement, he added; “I would never have made it through losing Trudy if I had lost her right after Hillary died.”

Hut is always quick to say; “I am nothing without God.” He is doing well and will always have “something to hold onto” while finishing his time on planet earth. Faith tells him; soon enough, he will be rejoining the family whose separation is temporary, in a place where aging, pain, and suffering are no more. 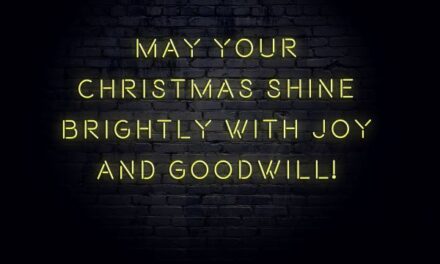 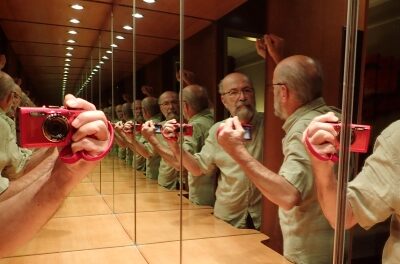