The Misplaced Passions of Spectator Disciples

In Charles Dickens’ A Tale of Two Cities, he tells of the Marquis St. Evremonde, an extremely rich man who entertained himself by racing his carriage through the narrow streets of Paris and watching the peasants dive out of the way. But one day while he was driving, he heard a thud; the carriage stopped. People were screaming and crying. His carriage had hit a child. The Marquis was upset also: “Why is he making that abominable noise? How do I know what injury you have done to my horses?” He tossed out a gold coin to the child’s father and sped away.

That rich man’s passions were grotesquely misplaced, weren’t they? He cared more about his horses, and his entertainment, than he did a maimed and dying child. But before we shake our heads at him, let’s make sure that we don’t see ourselves in his reflection. What really bothers YOU? What are YOU passionate about? The Kingdom of God and the people He loves? Or your own possessions and comforts?

The Book of Jonah seems to have a “happy ending” with the repentance of Nineveh in Chapter 3. Except God then gives us Chapter 4, which shows us the ugly “rest of the story”: how Jonah had become a spectator, with misplaced passions. Does that describe us today as well?

The Role of the “Spectator”

Jonah 4:5 says that Jonah went outside the City of Nineveh and sat down “until he could see what would happen in the city.” He wasn’t going to “do” anything. He was just going to SIT there, and “SEE” what would happen.” Jonah had adopted the role of the SPECTATOR.

Others have one that same thing. Matthew 26:58 says “But Peter was following Him at a distance as far as the courtyard of the high priest, and entered in, and sat down with the officers to see the outcome.” Here again, just like Jonah, Peter “sat down” “to SEE the outcome.” He was just going to watch. Peter was entirely a spectator.

Too many people in God’s churches today are just like Jonah and Peter. They’ve become “spectators” in the church and God’s Kingdom work. They don’t preach or teach or sing or go on mission; they don’t serve in any particular way. Their entire “role” is just to be a spectator.

Unfortunately over the years, many leaders in the church have cultivated this mindset. They’ve taught that “the clergy,” the “professional ministry” is to do everything, and the “common folks” are just to leave the ministry to them. Purposefully or not, they’ve basically trained their people to think they are fulfilling God’s plan if they just come to church faithfully as good “spectators”!

But Jesus didn’t intend His followers to be mere “spectators.” His call was “Follow Me!”; to “make disciples;” to “visit orphans and widows;” NOT just to be a “faithful spectator.”

Jesus died on the cross to pay for our sins so that whoever would call on Him might be saved. And when we ask Him to save us, He sends His Holy Spirit into our hearts to “seal” us as His. And when the Spirit comes into our life, He gives us gifts — special abilities with which we are to serve Him. EVERY Christian has at least one of these gifts. I Corinthians 12:7 says: “To EACH ONE is given the manifestation of the Spirit for the common good.” So ALL of God’s people are to serve Him in some way.

Lyndon Johnson ran in a special election for U.S. Senate from Texas in 1941. LBJ’s campaign group was devoted to serving him. Someone sneered at a young man, Carroll Keach because he was only Johnson’s chauffeur, but Keach replied simply: “Everyone can do something for him. This is what I can do for him.”  (Caro, The Years of Lyndon Johnson: The Path To Power, p. 680)

That’s what our attitude should be in serving the Lord. What we do may not be “glamorous,” and it may not be what someone else can do, but there should be something of which we can say: “This is what I can do for Him.”

What about you? Are you a “spectator” or a participator in God’s church?

Maybe you would say, I just don’t know what I can do to serve. If that’s so, then, first of all, PRAY. Ask God to show you where you can serve. God knows how to get your feet on the ground where He wants you to be!  ASK Him!  Then when you hear of a need, step up and volunteer. Or GO to one of your ministers, and ask them for a way you can serve. THERE IS ALWAYS A PLACE AND A WAY GOD CAN USE YOU!

Don’t be content until you can say of something specific: “This is what I can do for Him!”  Don’t become a “spectator Christian” like Jonah.

Consumed With Our Own Comfort

So God planned a little “episode” to reveal Jonah’s heart. Verse 6 says that He appointed a plant to grow up and give Jonah shade. The end of the verse says: “and Jonah was extremely happy about the plant.”

That is so revealing: “Jonah was EXTREMELY HAPPY about the plant.” He’d been so “greatly displeased” by how God showed mercy on Nineveh. But now Jonah was EXTREMELY happy! Why? Because now he was comfortable. He’s got a “good seat.” That’s what’s important to the spectator: his comfort.

When you’re a spectator, the most important thing to you is your own comfort. You aren’t really there to DO anything; you’re just watching, so you want to be comfortable while you are being entertained. The best sports arenas have comfortable seats; armrests with cupholders, etc., because comfort is important to the spectator.

I remember touring a World War II submarine and seeing the bunks where the sailors slept. There were 3 or 4 of them stacked right on top of each other, with only about 18” of space between them! As a spectator, I thought: “That doesn’t look very comfortable!” NO ONE would want to vacation there, right? But that ship was not made for comfort. It was a warship!

That’s exactly the mindset we need to get into in the church. Too many in the American church — whether they’d say it or not — regard the church as a kind of “cruise ship” that’s there for our comfort. We expect:

— the temperature to be comfortable for US

— songs that suit our tastes

— a length of service that we are comfortable with

And so on … and this has become so ingrained into our expectations that we don’t even consciously think about it. We just expect it: this should be comfortable for us. That’s the way it’s supposed to be!

Think about it: many of the concerns that American Christians express today about the church, have to do with our own comfort. When “spectator Christianity” takes hold, then like Jonah, our “shade plants” become important to us. Like Jonah, we too have our own “shade plants” don’t we?  Our “shade plants” are the personal comforts and conveniences we enjoy. What might be a “shade plant” for you? Your comfortable chair? The air conditioning? “Your” classroom that you don’t want to give up or share — or some other “comfort” or “convenience” in the church? But it is a comfort that is most important to the spectator.

The Misplaced Passion of the Spectator.

Verse 7 shows us what happens when the spectator loses the comfort he enjoys so much. It says God appointed a worm to kill the plant Jonah loved. And it revealed Jonah’s misplaced passion for this PLANT, instead of for the PEOPLE God had called him to minister to.

Verse 6 said that “Jonah was EXTREMELY HAPPY about the PLANT.” Not in the revival that took place in Nineveh; not in the repentance of the people there; but about the comfort he received from that plant!

So God confronted Jonah, and said in:10, “You had compassion on the PLANT … which came up overnight and perished overnight — should I not have compassion on Nineveh, the great city, which has 120,000 people, who do not know their right hand from their left … ?” In other words, you are so passionate about this perishable PLANT, just because it gives you comfort, but you don’t care whether hundreds of thousands of PEOPLE, live or die or go to heaven or hell?!

Jonah is a great example of what happens when God’s servants misplace their passions. They become passionate about their own “shade;” their own comfort; instead of God and His mission and the people God so loves!

Each of us should search our own souls today: have we become “spectator Christians,” more concerned about our own comforts, than over people who are lost or hurting or in need?  Think about it:

What would cause the bigger uproar in a church:

— if the air conditioning went out and we didn’t fix it in time for Sunday?

— or if we knew there were children within a mile of the church who didn’t know the name of Jesus?

Most churches would go into emergency mode to fix ONE of these two things by Sunday — which one do you think that would be?

— Or that they knew some senior adults felt abandoned and alone?

Are we passionate about the right things?

Years ago I was talking with a senior adult woman from a church in Florida. She shared that many new kids were coming to their church — but she wasn’t excited about it; no, she was complaining about it. She said: “Do you know what kind of mess they make in the pews? Do you know how much toilet paper they use?!” Seriously? Their church was reaching kids and families, but she was upset because they used too much toilet paper?!

What bothers us, gives us away, doesn’t it? Our passions reveal where our heart really is. Are we more concerned with our personal “shade plants” in the church — or reaching and caring for people?

God to help us not to be mere “spectator disciples” who care way too much about the wrong things.

Prison Ministry Thanks God during COVID 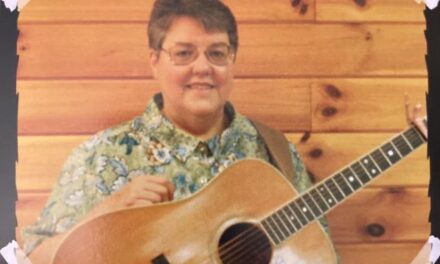 Four Things the World Needs to See From the Church by Jason Koon will make you think.