“But if we hope for that we see not, then do we with patience wait for it. Likewise the Spirit also helpeth our infirmities: for we know not what we should pray for as we ought: but the Spirit itself maketh intercession for us with groanings which cannot be uttered. And he that searcheth the hearts knoweth what is the mind of the Spirit, because he maketh intercession for the saints according to the will of God”-Romans 8:25-27 Through the lush vegetation, he pushed. Behind him, darkness and danger had pursued him like demons from another realm. There had been many near misses; moments when it felt as if the very life had been sucked from his lungs. As he neared the edge of the jungle, the light from beyond beckoned, like a welcoming host waving their guest home.

He was so close.

Each day as he had neared the edge of the dark realm, he could feel the grip of death lessen. Each new day, there was an increased hope, like that of a child expectant of the excitement of opening their gifts on Christmas morning. At first, the feeling was barely noticeable, but as the sound of release from beyond the infirmaries of bondage slipped away, he could feel a growing anticipation of eagerness stir within his blood.

Yet, he could not see what was to come.

He thought back to the verse which echoed in his mind like the raptor’s call off the nearby canyon walls, “But if we hope for that we see not, then do we with patience wait for it.” A chill passed through his bones as its meaning resonated with his soul.

Evil had stalked him like a dark predator, walking in the shadow of each footstep. The multitude of workload and stress it placed upon his life was nearly to the point of an unbearable burden. Yet, he pushed on; praying for strength, guidance, and wisdom every waking moment. There were times when his foot would slip on the path, and the weight of those shackles would throw him to the ground. Each time he would moan under his breath, gritting his teeth, as he pushed upward, looking for what little ray of hope that flickered through the somber canopy above. Questions clouded his mind as Satan attempted to confuse him, trying to distract him long enough to make him lose his way and give up. When the roar of tumult would overwhelm him, he would pause, bending over and holding his knees as he sought air to breathe, like the fighter pausing between rounds; then he would drag his weary frame back into the fray.

Each time he gained momentum, as if the clouds overhead had parted and a slimmer of light would escape to the forest floor, the darkness would slam him once more, like a mule kicking him in the stomach. Nauseating helplessness would momentarily overwhelm his spirit as he would stumble backward; dazed, confused, and humiliated by what all was said of his inescapable ineptitudes as Satan tried to make him lose courage. The taunts would cut him to the core, as if the prince of darkness knew what mattered most, and would use those words to slice his soul to the very marrow of his existence. As he lay upon the sod, barely breathing, the darkness would leave, feeling accomplished for what it had done. Behind it, the man closed his eyes and prayed in a whispered breath, “God, I need you like never before. If this is the path you want me to take, then show me the way. If this is not, then show me the door to take, for I cannot do this, nor have I ever done this without you.”

As the man’s face looked up from the earth, overhead a fluorescent butterfly lit upon a branch of forest fern nearby. Amongst the deep recess of the darkness, its radiance lifted his spirit momentarily, like the wings of that insect, fluttering upward, then gently floating away. He could feel his on soul rise upon the occasion, and a temporary moment of repose warmed his being. He closed his eyes and pressed it into his memory, for it was the only reprieve from the oppression he had known it some time. The days would turn into months.

Each new month brought the repeated episode of the man being beaten down, again and again, until his health began to deteriorate. It seemed as the darkness was winning. But the man had not lost faith, and in his faith, there was eternal hope; a strength greater than the darkness could compete, for the gates of hell could not prevail against it. Each day, his journey brought him closer to the end, and each day, victory was nearer than before.

Satan knew he had won, but as he watched in earnest, he could not stop the man from continuing to move onward, never stopping, never giving up. He used every means possible to stop his progress, but nothing seemed to dissuade the man from his point of focus. It was if he had another life within that the darkness could not penetrate; a light within.

As the pathway neared the end, the man felt his spirit begin to soar. Each new day, each new breath, the life he once thought had gone was now returning, but unlike ever before; more clear, more vivid, more alive than ever before. It was as if he had died and was born again.

Death had lost its grip, and his victory was with God, through Christ Jesus.

Finally, after what seemed like an eternity, the edge of the deep wood opened, and there before him lay the vastness of eternity. The glory, in all its splendor, was more than his mind could grasp. Tears filled his eyes as the expanse of beauty flooded through his eyes, warming his soul from without, to within. The marrow of his being had been infused with something greater than any feeling he had previously known, as if an agape love, charity for which no expression could be summoned, touched an inner precept that he had not known until now.

The words flooded his soul like the voices of a thousand waterfalls, whispering a roar into his being, “Well done, good and faithful servant.”

The man sat and wept as God welcomed him into the fold, for his heart was now healed.

We may never know the journey someone is on in this life, nor the tribulations through which they are struggling. We can each in our own way be a ray of hope, a brilliant butterfly to their being with nothing more than a smile, a warm welcome, or just simply a kind hello.

Seek to empathize with your neighbor, colleague, or family member. Remember, “. And he that searcheth the hearts knoweth what is the mind of the Spirit because he maketh intercession for the saints according to the will of God.”

Smile, and be patient, for, in the end, hope will guide you.

We may not see the next door, but with hope, and faith, we will know that when it opens, it will be the will of God.

Timothy W. Tron lives in Collettsville, NC. with his family. He is the former Director of the Trail of Faith in Valdese, where he still volunteers and helps with tours. He now teaches Math full time at Watauga High School in Boone. He is the author of a new Christian series, “Children of the LIght”, with the first book being, “Bruecke to Heaven”, and his recent book, being the second, “The Light in the Darkness”. He is an active blogger, artist, and musician. Timothy also has a BSEE from UF, and is a Lay Speaker. He can be reached at twtron@live.com. You can also visit his website at //www.timothywtron.com/ 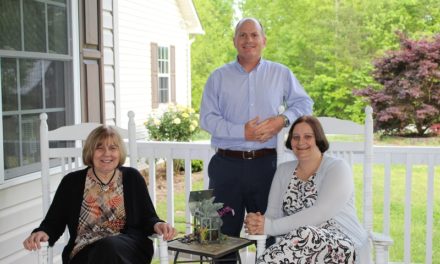 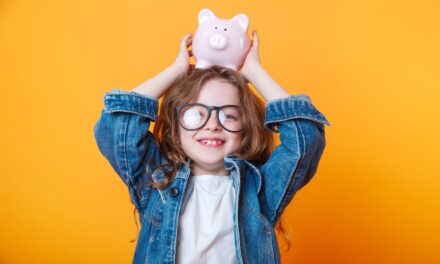 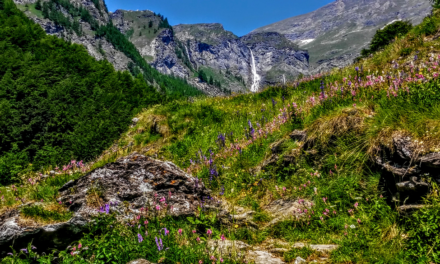