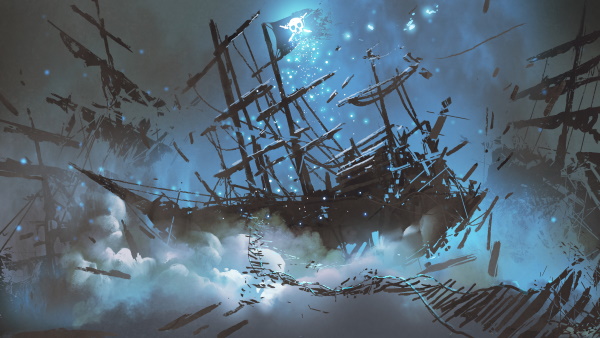 As a lifelong resident of North Carolina, I’m interested in historical tidbits of information about my state. Somewhere along the way, I picked up an old legend about Nags Head, a town located on the Outer Banks of eastern North Carolina. This legend has never been officially verified, but it sure makes for a good story.

The legend has it that in the 1700s Nags Head was home to a group of ruthless land pirates
known as “wreckers” (sometimes also called “bankers”). These men would hang lanterns around the
necks of “nags” (horses or mules) and slowly walk the animals up and down the beach at night. Out in
the darkness of the Atlantic, a ship would mistake the bobbing light for the light of another ship. Figuring that the other ship had found safe passage around the dangerous shoals just off the island, the ship in
the darkness would turn inland and run aground on Diamond Shoals.

In the morning, the “wreckers” would come along and gather up the timber from the wrecked
ship to sell it and make money. The timber was used in everything from building new houses to making
kitchen utensils. It was all a thriving business. Even now visitors to Nags Head are shown old houses that were supposedly built and furnished with the material taken from these shipwrecks. They’re also told
that it’s very possible that Nags Head took its name from the practice of hanging the lanterns around the necks of the “nags.” Estimates say that over 2,000 ships perished off this coast during that time period.

Nags Head is now a tourist town of around 2,700. If it ever was a haven for land pirates, those
days are long gone. This doesn’t mean, though, that there aren’t still some “wreckers” out there that
need to be avoided. A “wrecker” is anyone or anything that causes another to sail into dangerous water. For example, a seductive man or woman can wreck a marriage, a bottle of booze can wreck a life, a dirty business deal can wreck a career, and a church leader who doesn’t follow the Lord can wreck a church.

The key to avoiding a “shipwreck” is to accurately recognize a wrecker for who or what it is.
Don’t fall for just any light on a dark night. Don’t be misled by a false reality. Don’t be so quick to trade
the known for the unknown.

Most of us have heard the old saying, “God won’t put more on you than you can handle.” I even had a friend once call me and ask me where that verse is in the Bible. Even though the saying’s principle is a sound one, I had to tell my friend that no Bible verse specifically supports the saying. The verse in question actually has to do with temptation. It is 1st Corinthians 10:13, and it says: “No temptation has overtaken you except such as is common to man; but God is faithful, who will not allow you to be tempted beyond what you are able, but with the temptation will also make the way of escape, that you may be able to bear it.” (N.K.J.V.)

Please note the teaching of this verse. God will never allow you to be tempted beyond what you can withstand. On the contrary, whenever you get close to your breaking point, He will provide you with an escape hatch out of that temptation. His job is to provide the way of escape; your job is to use it.

I don’t know what’s going on in your life right now, but could it be that you are considering
sailing off toward some strange light? Are you just about to change your course in life simply because
you think this light will lead you into safe waters? Friend, beware the wrecker! If God really wanted you to chart that course, the way would be much clearer and more sure. The night wouldn’t be so dark and
the light wouldn’t be so questionable. Therefore, rather than turning yourself toward that light, you
need to start looking around for God’s way of escape from that temptation. Based upon 1 Corinthians 10:13, that way will be there, and if you use it, it will keep you from a disastrous shipwreck. 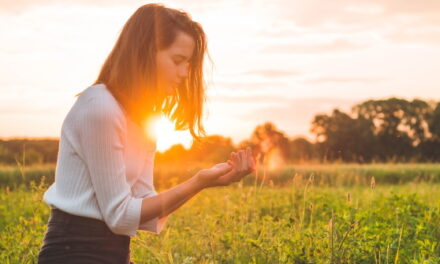