The Other White Meat | Christy Lowman 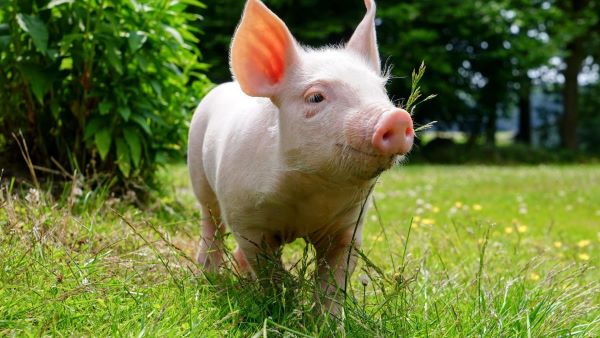 THE OTHER WHITE MEAT

Can you guess what the 5th smartest animal in the whole wide world is? They are so smart they learn their name when they are only two weeks old. They make over twenty different sounds with different meanings and their voice can be as loud as 115 decibels, which is louder than a supersonic airliner! They have the intelligence of a toddler, are smarter than every kind of dog, and are better at playing video games than some primates. Have you guessed this month’s animal?

It is a PIG! Are you surprised to find out how smart they are? Not only are they smart but their genetic makeup is very similar to ours. In fact, pig stem cells are used for research and experiments for cures for humans. More than forty medicines including insulin are made from pigs. Doctors are also able to take heart valves from pigs and use them to replace damaged heart valves in people! How cool is that? There are also several products that we use regularly that come from pigs like weed killer and makeup. The traditional covering for a football is pigskin because their hide is very tough.

Pigs were the very first animal to be domesticated more than 6000 years ago.  The Chinese were the first to raise them for food. Pigs can be found on every continent except Antarctica. The country of Denmark has so many pigs, people there, are outnumbered 2 to 1! Hernando do Soto brought the first pig to the United States in 1539. The world’s largest pig, named Big Bill weighed 2552 lbs. He was 5 ft. tall and 9 ft. long.

Pigs are omnivores. They have over 15,000 taste buds on their tongue, while we only have 9,000. Pigs will eat almost everything except for cucumbers. They will only eat these if they are very hungry and have no other choice.

I don’t like cucumbers either, in fact, I often say, “If a pig won’t eat them then I’m not going to either.” The funny part is that I love pickles!

Pigs can become bloodthirsty. We have had them eat the tails off of a cow that was lying down at the farm.

On average a baby pig weighs 2.5 lbs at birth and grows anywhere to 300-700lbs. Adult pigs usually gain 2 lbs a day. To gain this much weight they must eat 6 lbs of grain a day. They drink a whopping 14 gallons of water each day on top of their massive grain consumption! Even though adult pigs weigh a lot they are still able to run a 7 min. mile which equals up to 11 mph. This is amazing when you factor in their weight and small lungs.

The most piglets born at once on record were 37! Can you imagine having this many children? Momma Pigs, called Sows, are known to sing to their children when they are nursing. Pigs are very social animals and will often sleep nose to nose. They love to snuggle and they have dreams just like we do.

Pigs have tiny eyes and very poor eyesight. However, their sense of smell is phenomenal! They have 1113 active genes for the smell. They can smell so well that they can tell the difference between different kinds of mint with 100% accuracy. They can find food several feet underground and can pick up smells over 5 miles away. Pigs have been used by the military, known as soldier pigs, to sniff out underground mines. Pigs are also trained to find truffles and missing people.

Pigs are very clean animals. They will not use the bathroom where they sleep unless they don’t have enough space. The reason they wallow in the mud is to keep them cool because they do not sweat, and to keep from getting sunburnt.

Did you know that if a pig becomes loose and is left that way it only takes around one week before its skull starts to change and become the shape of a wild boar? In this short time they are becoming feral (wild.) Over time (a few months) they will grow out their tusks and snout, and grow hair on their backs and become aggressive. Feral piglets will have stripes on them.

This reminds me of how similar we are to pigs. It only takes one misstep, one backtrack, one sin, to get us off the path and to upset our relationship with God. It is so easy for us to walk away from God and to change into a different person, a different lifestyle. The good news is that no matter how many steps we take away from God He is waiting on us to come back and it is only one step back to get back to Him. Every day we need to pray that we only make minimal mistakes. Pray that God protects us and helps us stay close to Him.

This makes me think of the story in the Bible of the son who wanted his inheritance early. He then went away and spent his inheritance. Eventually, he came home to his father ashamed of what he had done. His father was happy to see him and welcomed him with open arms. That is exactly how God is with us! Isn’t that the best news ever? That He will forgive us of our sins and give us another chance no matter what we have done as long as we ask Him to.

Dear Lord, please help us to not turn our backs and become like feral pigs. Guide us to stay the course and live our lives according to your teaching. Help us have a constant personal relationship with you. Teach us to only make minimal mistakes in our life.

“The Lord is not slow in keeping his promise, as some understand slowness. Instead, he is patient with you, not wanting anyone to perish, but everyone to come to repentance.” 2 Peter 3:9 NIV

**Image is a screenshot from animal planet facebook page. 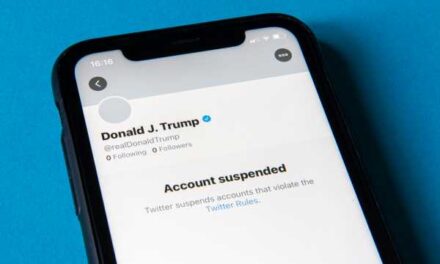 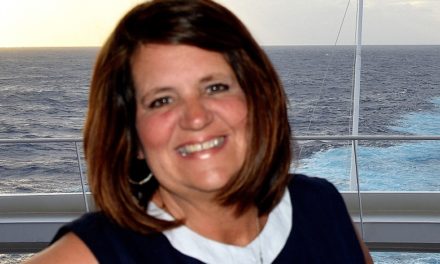 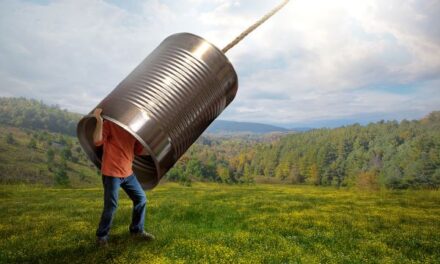